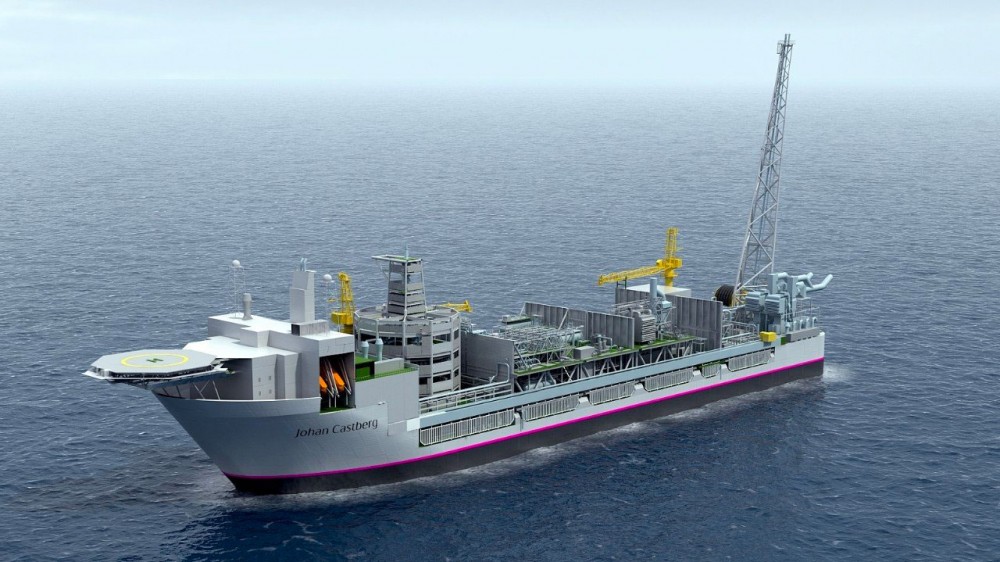 The projected floating production vessel for the Johan Castberg field. Illustration by Statoil

The Johan Castberg will come on stream in year 2022 and prepare the way for the development of more northern fields, a new company report reads.
Read in Russian | Читать по-русски
By

With full steam, the Norwegian oil company continues to prepare for developments in the Barents Sea. And the low oil price is no hinder.

According to a new analysis commissioned by the company, an oil price of $30 per barrel will be sufficient for the field Johan Castberg to be profitable.

The project is very robust to changing oil prices, dollar exchange rates and fluctuating  environmental costs, the company says. It is expected to come on stream in 2022,  and have an operating life time of 30 years.

A final investment decision regarding is to be made towards the end of 2017.

Johan Castberg is one of the largest projects in Statoil’s portfolio yet to be developed. It includes three oil structures located about 249 km north of Hammerfest, the town on the Norwegian Arctic mainland. Water depths in the area are about 400 meter and the company intends to use a floating production vessel for extraction.

Benefits for northern Norway will be significant, the company underlines.

We will invest around NOK 1.15 billion per year in operation of the field, amounting to around 1700 man-years nationally, of which around 500 will be performed in North Norway, a press release reads.

«To ensure a long-term development of petroleum-related specialist jobs in Finnmark, Statoil will, in collaboration with other operating companies, suppliers and local authorities before the plan for development and operation is submitted to the authorities, look at possible initiatives to upgrade the general petroleum competence level in Hammerfest and Finnmark,» says Siri Espedal Kindem, company senior vice president for the operations north cluster.

The national employment during the development phase has been estimated at almost 47,000 man-years, of which close to 1800 will be in North Norway.

The project will have its operations organisation baed in the town of Harstad and there will be a supply base in Hammerfest.