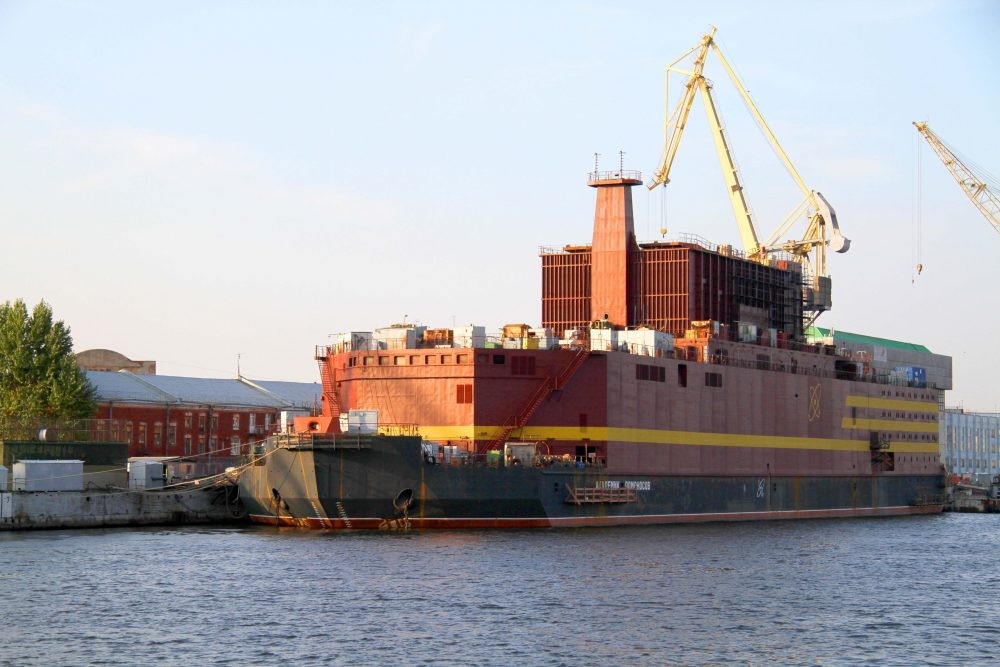 The two reactors on “Akademik Lomonosov” will not have uranium fuel on board when being towed around Scandinavia next year.
Read in Russian | Читать по-русски
By

“We clearly expressed that the Government is highly critical to the planed twoing of the nuclear power plant along the coast of Norway,” Berger Røsland said after meeting Rosatom officials at the annual Joint Norwegian-Russian commission on nuclear safety.

Norway and Russia has since the mid-90s cooperated on nuclear safety projects in the high north. The Ministry of Foreign Affairs in Oslo has in total granted some €200 million in support, mainly for nuclear waste and reactor safety projects on the Kola Peninsula.

For Norway, having a floating nuclear power plant with two reactors loaded with irradiated uranium fuel sailing outside the coast has caused public concerns about possible accident and, in worst-case, radioactive contamination of marine resources.

Will be loaded in Murmansk

“The loading of nuclear fuel into the reactors of the floating nuclear power plant “Akademik Lomonosov” and the start of the reactors will take place in Murmansk after the plant has be delivered without fuel on board,” General Director of Rosatom, Alexey Likhachev says.

His interview on the case is posted on Rosatom’s portal and is quoted in several media in St. Petersburg, including Fontanka.

Likhachev says the shift of plans comes after uncertainties on legal issues in accordance with international maritime law.

“The Law of the Sea lays behind our developments and lacks the concept of a non-propelled floating nuclear facility. Therefore, many of the questions asked by our neighbours and partners in the Baltic region can’t legally be resolved,” Alexey Likhachev says.

He added that the towing of “Akademik Lomonosov” now will “remove the existing legal conflict and act on the principle of good-neighbour relations with our partners.”

This means that the floating nuclear power plant, currently under construction in St. Petersburg, will not tests the reactors before being towed north. The towing will cross the Baltic Sea between Finland, Sweden, the Baltic States, Poland, Germany and Denmark before sailing north along the coast of Norway to Russia’s Arctic port of Murmansk.

Murmansk is the homeport of Russia’s fleet of civilian nuclear powered icebreakers. The two rectors on board “Akademik Lomonosov” are a modified version of the KLT-40 reactor type today powering the icebreakers.

The Atomflot icebreaker base in Murmansk has all needed infrastructure to load and reload nuclear fuel for maritime reactors, including the floating nuclear power plant. Rosatomflot, a subsidiary under Rosatom, operates the Atomflot base and the fleet of nuclear powered icebreakers.

Not everyone, though, is happy with the move. Regional environmental group Priroda i Molodezh (Nature and Youth) in Murmansk on Saturday tweeted “This is transfer of the problem to another region where people also live.”

Another tweet from the organization reads: “By this logic, St. Petersburg is a nuclear-free zone, and Murmansk is a testing ground for nuclear tests?”

Atomflot is located less than a kilometre north of the nearest apartment blocks in the Rosta district in Murmansk.

After testing the reactors in Murmansk, a city with some 300,000 inhabitants, the floating nuclear power plant will be towed along Russia’s northern coast to the Arctic port town of Pevek on the Chukotka Peninsula.

The plan is to launch electricity production from “Akademik Lomonosov” in 2019. The new floating nuclear power plant will replace heat and electricity today produced in the region from Bilibino nuclear plant, supposed to be shut down in 2019.

Bilibino is the smallest and northernmost operating nuclear power plant in the world.

Rosatom has further plans to build a series of similar floating nuclear power plants, both for use in remote Arctic regions and for leasing to other countries.