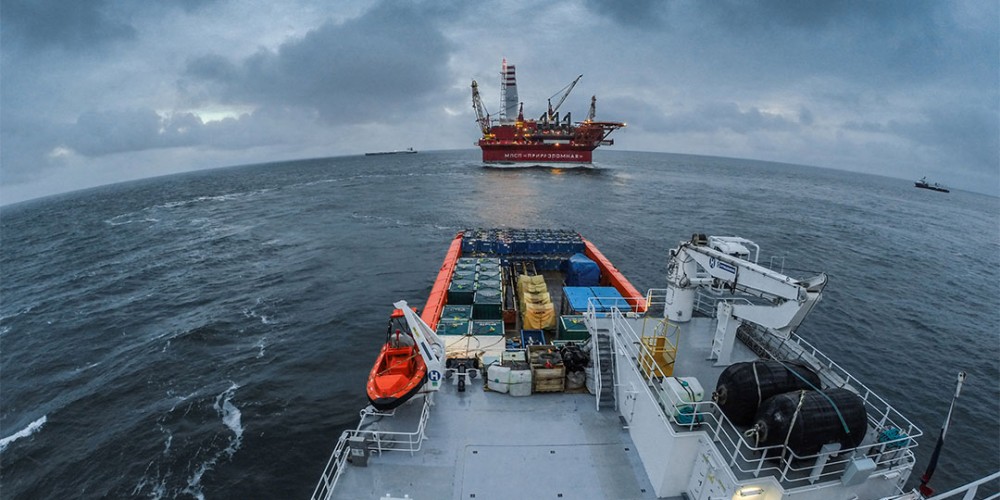 Russia’s only offshore Arctic oil platform in first half of 2016 produced 1,6 million tons of oil, a year-on-year increase of 79 percent.
Read in Russian | Читать по-русски

Since the project came into production late 2013, a total of 5 million tons have been extracted from the field. In the first six months of 2017, production amounted to 1,6 million tons, an increase of 79 percent compared with the same period in 2016.

Planned production volumes in 2017 amount to 2,6 million tons, the company says. The increase comes as several new wells are taken into production.

«This planned production growth leans on the introduction of new technology for building of wells», says Andrey Patrushev, Gazprom Neft General Director on shelf development. The new technology, which has been introduced in the course of the last year, allows the company to open multiple wells at a lower cost, he adds.

The project applies a stationary, Arctic-class ice-resistant platform, the world’s first of its kind.

The Prirazlomnaya is located in the Pechora Sea, about 60 km from the Nenets coast.