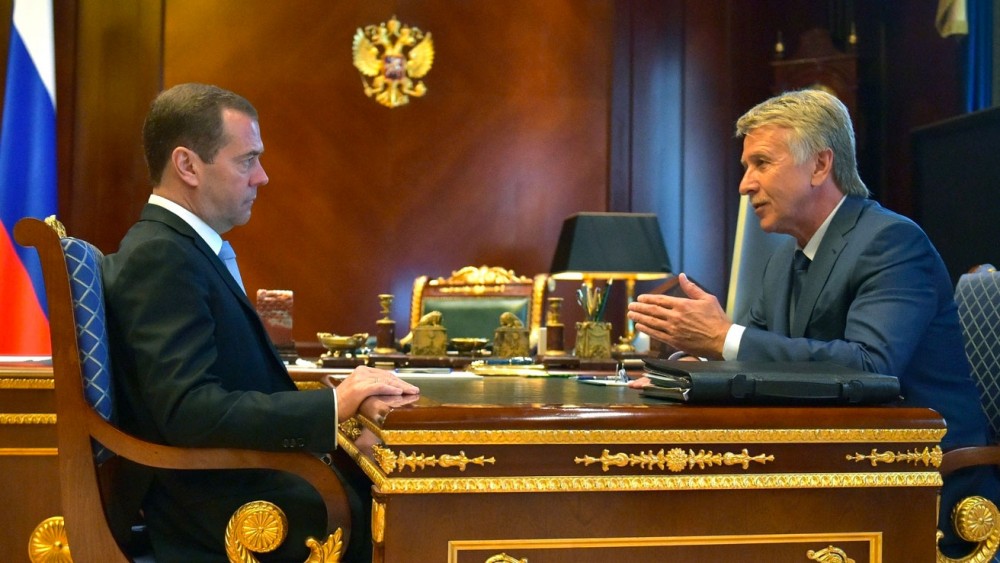 Only the new plant in Murmansk, a key project component, will employ up to ten thousand people, the company chairman says to Prime Minister Medvedev.
Read in Russian | Читать по-русски
By

In a meeting with the Russian Premier today, leader of Novatek Leonid Mikhelson underlined that the development of the grand Yamal LNG is on track and that the project’s phase two and three will be ready for operation respectively three and 6-9 months ahead of the original time schedule.

As many as 31 thousand people are now working full steam in Sabetta, the main Yamal LNG project site, Mikhelson said, a transcript from the government website reads.

According to the company CEO and chairman, several European banks stand ready to join the project. In order to include the new financing institutions, Novatek is negotiating a cut in project financing from the original financiers, Mikhelson told Medvedev.

The Yamal LNG is due to be launched late this year. It will have a production capacity of 16,5 million tons per year and cost about $27 billion.

Mikhelson also presented Novatek’s next major Arctic LNG project, the Arctic LNG-2. According to the company leader, this project will be at least 30 percent cheaper than the Yamal LNG.

While the Yamal LNG is built as a land-based facility on the western bank of the Gulf of Ob, the Arctic LNG-2 will be based on a floating platform solution.

Mikhelson confirmed to Medvedev that the construction of the Kola Yard started this month. The yard alone will employ between 8-10 thousand people.

Meanwhile, the project Arctic LNG-2 as a whole will create between 50-60 thousand new jobs all over Russia, he maintained.

The Arctic LNG-2 will be based on gas resources from the Gydan Peninsula and have an annual production capacity of 18 million tons. It is to be ready for production late 2022.