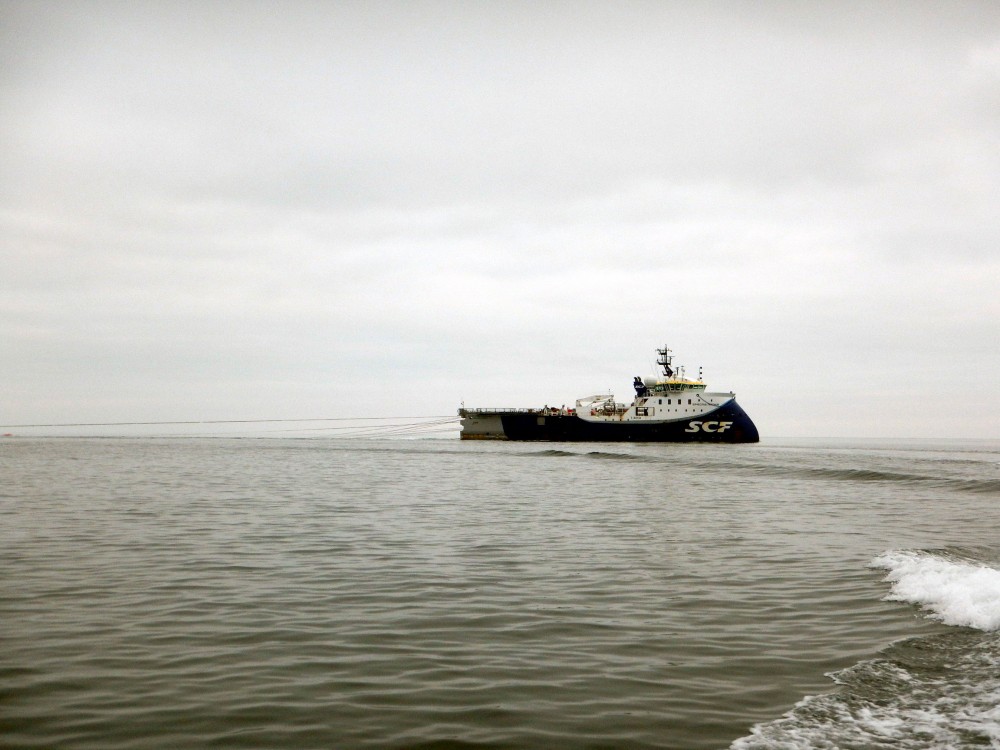 License areas in the Pechora Sea and south Kara Sea are up for seismic shooting.
Read in Russian | Читать по-русски
By

Oil company Rosneft confirms that it has started mapping of four license areas in the Pechora Sea. In the course of the year, at least 1,600 square km of 3D and 5,400 km of 2D seismic studies will be conducted in license areas Pomorsky, Russky, Severo-Pomorsky-1 and Severo-Pormorsky, the company informs.

The studies will the company to develop a geological strategy for the area, a press release informs.

A seismic vessel accompanied by to support ships will be engaged in the work.

Also Gazprom announces seismic mapping of new Arctic areas. In a tender, the company seeks an operator of seismic operations at its Amderma license area. The tender has a value of 1,1 billion rubles and includes 3D mapping of a 1875 square km area, Neftegaz reports.

The operations are to be conducted in the period 21 July - 15 October 2018. Gazprom acquired the Amderma license area in 2013. It was obtained along with several other nearby licenses, among them the Nevsky, Obruchevsky, Severo-Kharasaveysky, Zapadno-Sharapovsky, as well as Leningradsky licenses.