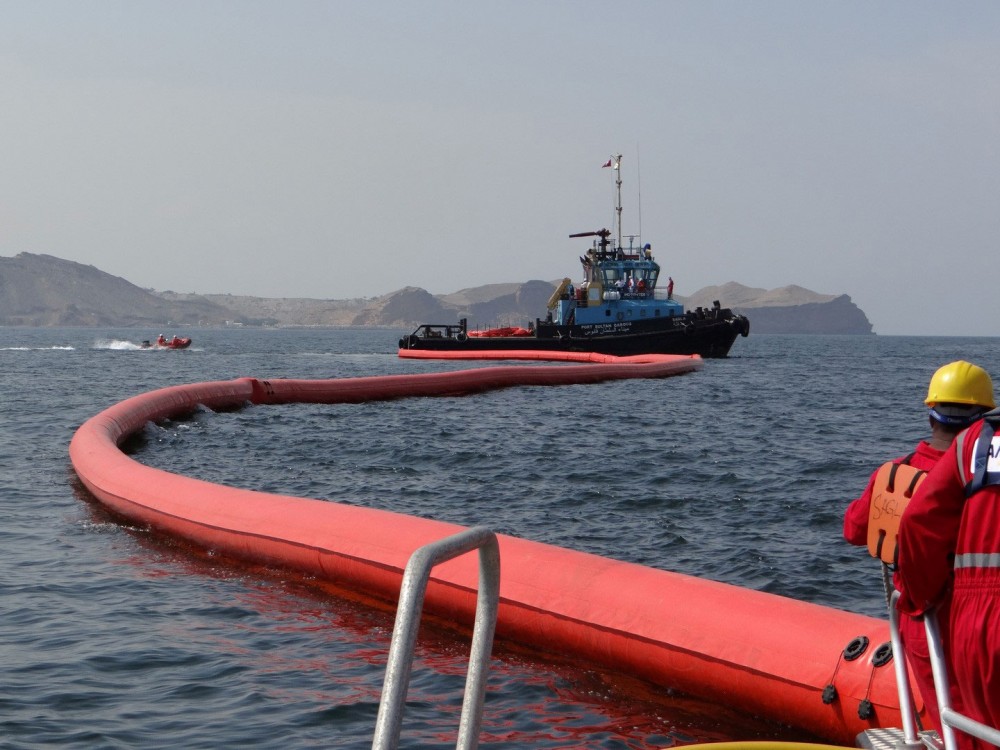 Equipment from Lamor will be produced in Murmansk. Illustration photo: Lamor.com

The Lamor company establishes a joint venture with the Russian oil company in Roslyakov, the formerly closed military town outside Murmansk.
Read in Russian | Читать по-русски
By

The cooperation between the companies will include the manufacturing of equipment for oil spill preparedness, response and recovery. It will unfold in the premises of Shipyard No 82, an object over which Rosneft secured control in 2013.

The deal between Lamor and Rosneft was announced during the recent Eastern Economic Forum in Vladivostok. It comes on the basis of a cooperation agreement concluded between the companies in April this year.

According to Rosneft, the deal will enable it to increase the level of Russian domestically produced equipment of the kind to at least 70 percent by year 2025.

In a statement from Lamor, company President and CEO Fred Larsen, underlines that «joint production with Rosneft takes our presence in the Russian market to another level».

Lamor has for a number of years been represented in Russia, first of all in St.Petersburg and the country’s far east.

The Finnish-headquartered company is a world-leading producer of oil spill response and recovery equipment and has in its 35 years history delivered equipment to 120 countries and more than 1,800 vessel mounted systems, the company informs.

The deal comes as Rosneft continues the mapping of its huge Arctic energy reserves. The company has 28 offshore Arctic licenses and major exploration and development commitments.

In 2013, Rosneft struck a deal with federal Russian authorities over the take-over of shipyard No 82 in Roslyakovo, the town located only few kilometers north of Murmansk City. The objective was to establish a string of new industrial facilities for its offshore Arctic operations. The base would have the capacity to annually serve operations connected with as many as 70 geological exploration wells, the company told regional authorities.

Regional authorities in Murmansk subsequently relieved Roslyakovo of its status as closed military town and opened up for regular traffic to the area. Before that, Roslyakovo had been part of Severomorsk, the Northern Fleet headquarter city, and entry was restricted for anyone without a special permit.