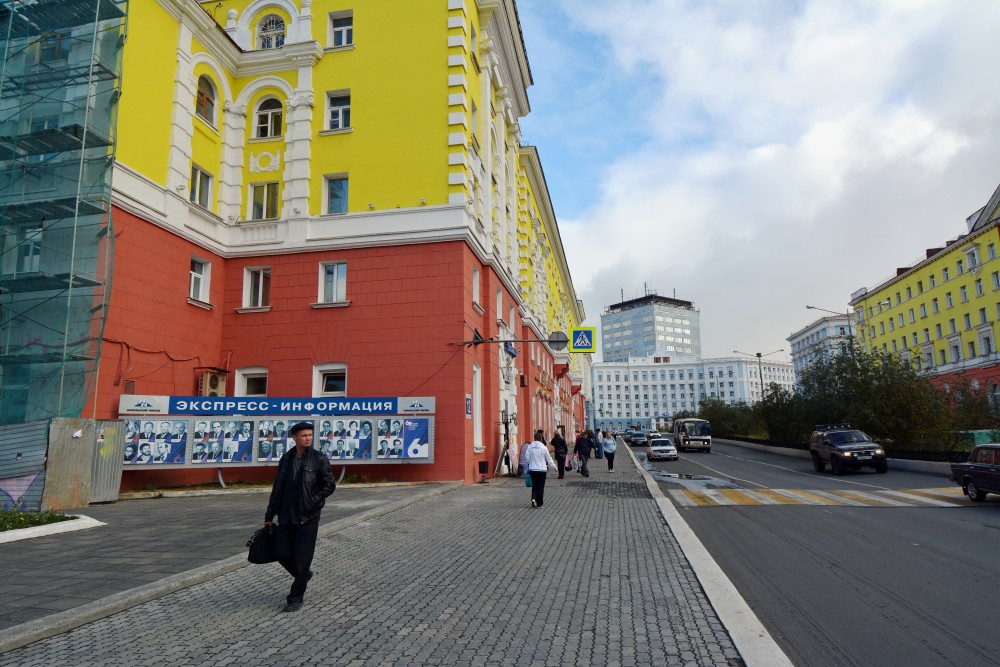 Norilsk on the Taymyr Peninsula has about 180,000 inhabitants. Here from the main street, Lenin Prospekt. Photo: Thomas Nilsen

One of the world’s richest man, Russian oligarch Vladimir Potanin, pressed the symbolic button opening the fiber-optic line to one of Russia’s remotest corners.
Read in Russian | Читать по-русски
By

«The full-fledged internet in Norilsk will change greatly the life in the city, and the company’s work,»  Potanin said at the ceremony. He is General Director, and main share holder, of Nornickel, the mining metallurgical company that is the only reason why Norilsk exists.

Located more than 2,800 kilometers northeast of Moscow, Norilsk is the world’s northernmost city with more than 100,000 inhabitants and the second largest city, after Murmansk, inside the Arctic Circle. Being far north on the tundra, there are no road connection to «mainland» Russia. Norilsk airport is the connection for the population with the rest of the country.

The fiber-optic line runs from Novy Urengoy to Igarka on the banks of the Yenisey River, across the tundra to Snezhnogorsk and further north to Norilsk. Divided into seven sections, the total length is 956 kilometers, Nornickel informs.

Capacity of the line is 40 Gbps. 10% of the capacity will be used by Nornickel and municipal services while 90% is allocated for use by the population.

The fiber optic line will also serve other towns on the Taymyr Peninsula, like the port town of Dudinka and the mining town of Talnakh.