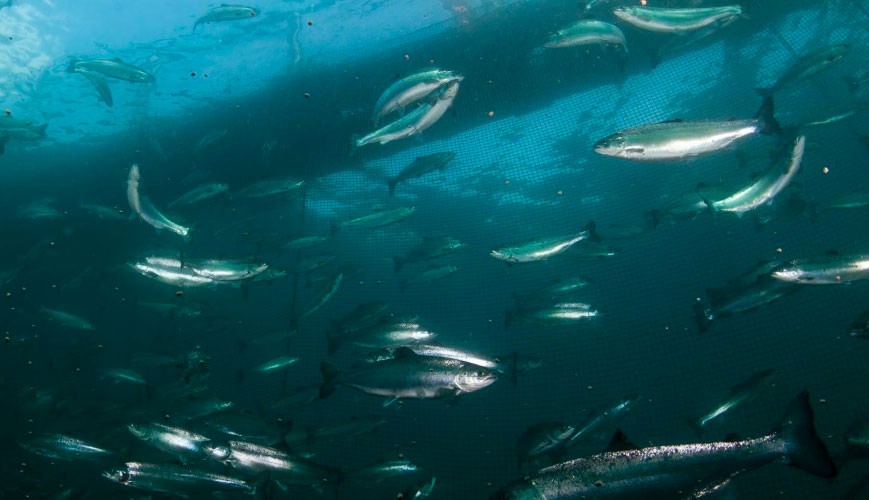 The Murmansk salmon farmer says the Norwegians will help boost its annual production of red fish to 30,000 tons by year 2025.
Read in Russian | Читать по-русски
By

One of Russia’s biggest breeders of farmed salmon, the Russian Aquaculture, is buying its second Norwegian smolt producer. The Olden Oppdrettsanlegg AS, a company based in the fjords outside Trondheim, central Norway, will now deliver its smolt - the baby fish used in fish farming - to Russians in Murmansk.

It is Russian Aquaculture’s second acquisition in Norway. In July this year, the company bought Villa Smolt, a company owned by Salmar ASA, one of the biggest Norwegian producers of farmed salmon.

While the Villa Smolt can produce up to five million young salmon and trout per year, the Olden can produce two million. It will all be exported from the Norwegian facilities to Russia, Russian Aquaculture says in a comment to the Barents Observer

«We don’t plan to move production facilities from Norway as it is not practical from an economic stand point», company press spokesman Denis Denisov says.

«However, we are considering leveraging the experience of running smolt production facilities in Norway in our plans to build a smolt plant in Russia.»

The Russian company expects to receive the first shipment of baby fish to Murmansk in 2018. The production facility has since it was established in 1995 been one of the main suppliers of smolt to the Russian company, a press release informs.

The price for the acquisitions is not known.

With the acquisitions, the road lays open for a major growth in the company’s output.

Russian Aquaculture owns salmon and trout cultivation rights for 30 sites and the total potential production volume for the sites amounts to about 50,000 tonnes of red fish.

The strategic goal of the company is to produce between 25-30 thousand tonnes of red fish by 2025.

A big number of the company’s production sites are located along the Russian Barents Sea coast. By the end of August this year, the Russian Aquaculture completed harvesting of salmon from its facility in Ura-Guba, a fjord north on the Kola Peninsula. A total of 12,500 tons of fish was slaughtered and a revenue before tax of 6,35 billion rubles was cashed in, the company’s website informs.

The money is direly needed. Russian Aquaculture is in big debts after it in 2015 lost most of its fish in a serious case of mass-death.

The company is believed to have lost about one billion rubles on the disaster. According to the Russian Fishery Agency, as much as 20,000 tons of fish died in the Murmansk fish farms in the course of 2015. The second salmon breeder in the region, the Russian Salmon, in November 2015 declared itself bankrupt after major parts of its fish farms in the Pechenga Bay were ruined by disease and death.

The main reason for the outbreak of disease is believed to have been serious mismanagement of the fish facilities. As reported by Bloger51, the aquaculture farmers might have kept more than twice as many fish as allowed for in their cage nets.

The company underlines that the 2015 crisis is part of the past and that lessons have been learnt.

«We are deeply committed to following the strictest sanitary standards adhered to by the top global players», the company says to the Barents Observer.

«We have been learning from our own mistakes, as well as from the experiences of global producers, and have managed to create a sustainable operational model that is highly resistant to biological risks due to modern control systems and strong process management.»

«Highest quality and maximum freshness of our products are the defining features of our brand and unique competitive advantage in Russia,» the company highlights.