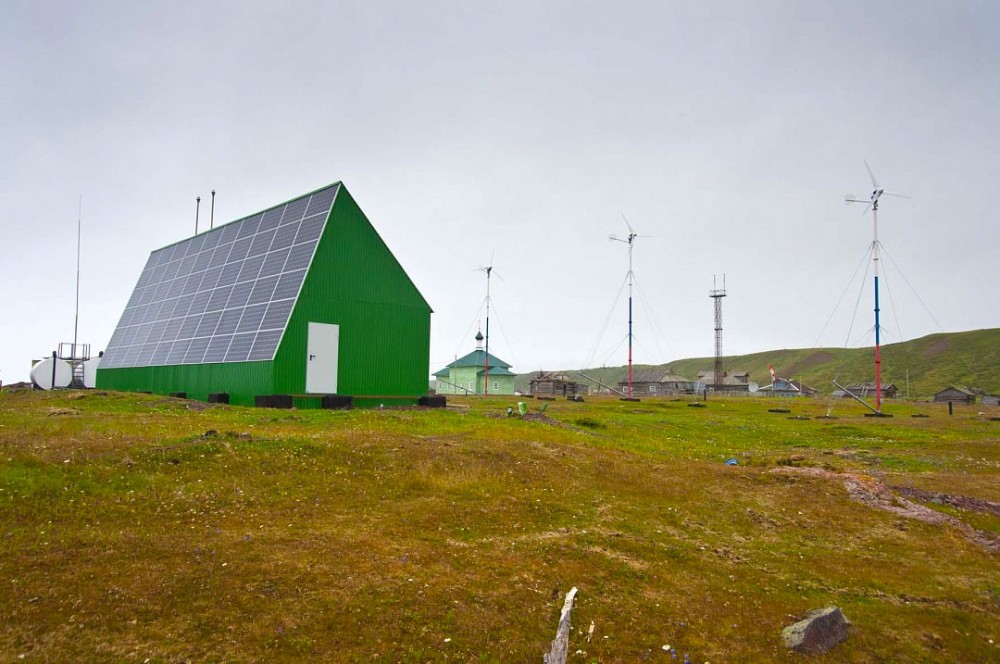 The wind and solar power complex in villages of Chavanga and Chapoma opened in August 2015. Photo: gov-murman.ru

It was an innovative project which was to power several local villages with green energy. Two years after it opened, the strong Arctic winds have knocked down the turbines.
Read in Russian | Читать по-русски

It was cheering and rejoice in Chavanga and Chapoma, the villages on the coast of the White Sea, as a unique small-scale power generating complex was officially opened in late summer 2015.

The new facilities were to provide the local population of 350 people autonomously with round-the-clock power supplies. Included were nine wind turbines with a 10 kW capacity and another four with 5 kW capacity, six diesel-powered generators and 300 solar panels with a total capacity of 75 kW.

Two years on, the wind generators are down and questions are raised about the operation of the solar panels.

According to the regional government in Murmansk, the turbines were taken down because of technical errors. The blades were destroyed and the reason might be icing, regional Minister of Energy and Housing Vladimir Gnoevsky says in a press release.

The minister maintains that the issue is subject to a warranty from the contractor company and that the villages still get the electricity they need from the solar panels and the diesel generators.

According to Blogger51, the Khabarovsk-based contractor company President-Neva is undergoing bankruptcy procedures.

Furthermore, locals also told Blogger51 that the solar panels are out of operation because of an error with the accumulator batteries.

Photos from site show that eight of the nine wind turbines are taken down. They reportedly also show that the number of diesel tanks on site has been increased, thus indicating that diesel now is the main source of power in the villages.

The contract between local authorities and the the President-Neva was worth 103 million rubles and was signed in October 2014.