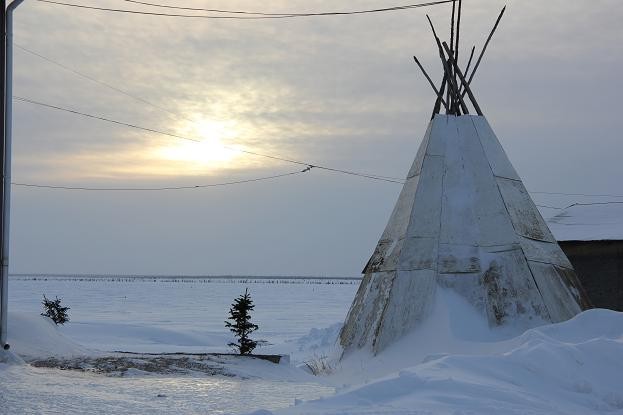 Canada’s decision to halt offshore oil and gas exploration in the Arctic is akin to the re-emergence of colonialism, says the premier of Canada’s Northwest Territories (NWT) as he called for « an urgent national debate on the future of the Northwest Territories, » in a blistering news statement released on Wednesday.
Read in Russian | Читать по-русски
By

By Eilís Quinn/Eye on the Arctic

«The promise of the North is fading and the dreams of northerners are dying as we see a re-emergence of colonialism,» Bob McLeod said.

«For too long now policies have been imposed on us from Ottawa and southern Canada that, despite good intentions sometimes, and ignorance other times, are threatening our economic potential and the decades-long work that we as a government have taken on Indigenous reconciliation. Whether it be ill-conceived ways of funding social programs, or new and perplexing restrictions on our economic development, our spirit and energy are being sapped.»

Resource development & the environment: Who decides?

Last winter, Canadian Prime Minister Justin Trudeau issued a moratorium on offshore oil and gas development in the Arctic, saying it was too risky for the environment. The federal government said the decision would be reviewed after five years.

The decision was heralded by environmental groups and seen by many as an important step for Canada.

However, in Canada’s North, where education and employment opportunities are scarce, especially in isolated Indigenous communities, northern leaders pushed back saying the decision would put the breaks on much-needed economic development.

In his statement on Wednesday, McLeod called the moratorium an attack on the territory’s economic development that would have ongoing repercussions.

« Restrictions imposed on our vital energy and resource sector – 40 percent of our economy and source of middle class jobs and incomes for many of our people – are driving companies away, and with that go the jobs that sustain healthy families and community life. Staying in or trying to join the middle class will become a distant dream for many. »

Reconciliation in the North

The Trudeau government has made reconciliation with Canada’s Indigenous People’s one of its hallmark policy initiatives.

In August,  Trudeau announced that Indigenous and Northern Affairs Canada would be split into two different departments; one to take care of Crown-Indigenous relations and northern affairs and one to take care of service delivery; something he said would help move past the « creaky old structures«  of the old department and its way of looking at the Indian Act  « in a paternalistic, colonial way. »

The population of the Northwest Territories is approximately 50 per cent Indigenous and the majority of the territory’s representatives in the Legislative Assembly are from Indigenous communities.

The vast majority of NWT’s First Nations population also lives off-reserve, often in communities where the territorial government provides services to everyone: Indigenous and non-Indigenous.

But on Wednesday, McLeod said that some of the current federal discussions, including those around financing changes for certain services to First Nations, were another example of imposing southern solutions on the North.

« New funding approaches that distinguish between peoples may help to improve outcomes on reserve in southern Canada, but could divide Northern communities, threatening the services and programs all NWT residents have come to expect and enjoy.

« Policy makers need to understand that what works in the South doesn’t always work in the North before they make decisions that could stretch the social fabric of our communities thin. »

Keeping the heat up on Ottawa

McLeod’s statement comes just over two weeks after lambasting Ottawa with similar remarks in Reykjavik, Iceland at the Arctic Circle Assembly, an annual event held in Iceland to foster international dialogue about the North.

During the opening session, which included Iceland’s Prime Minister Bjarni Benediktsson and Ségolène Royal, France’s ambassador for the Arctic and Antarctic Poles, McLeod told an international audience that included many of Europe and Asia’s top diplomats that colonialism still existed in areas of the Arctic and calling for greater pan-Arctic cooperation to combat it.

On Wednesday, McLeod called for a ‘national debate’ about the North, that including a special debate in the House of Commons

« Protecting the promise of the North and saving the northern dream requires all Canadians to join together, » he said.

The time is upon us to reset the course of the North. Meaningful reconciliation requires it, and the dream of a true north, strong and free, depends on it.”