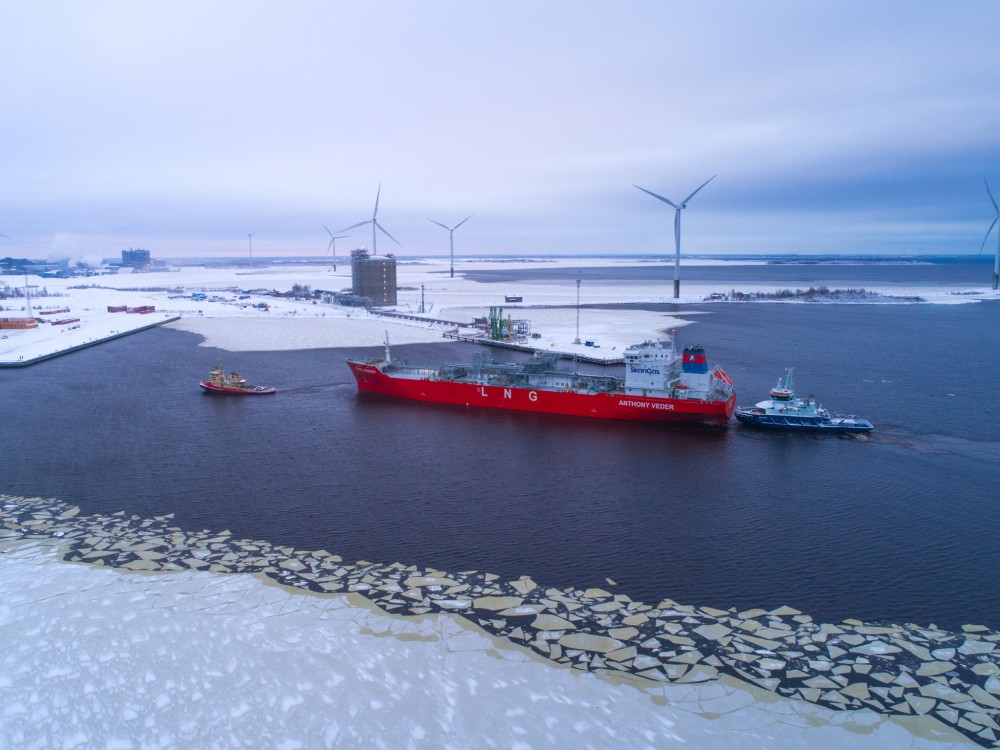 The historic first shipload of liquefied natural gas to the Manga import terminal in Tornio, northern Finland, comes from the Barents Sea.
Read in Russian | Читать по-русски
By

There was rejoice in the new terminal in Röyttä Harbor, Tornio, as tanker «Coral Energy» this weekend arrived with about 15 thousand cubic meters of liquified natural gas on board. It is the first shipment of LNG to the terminal which soon will be the biggest of its kind in the whole Nordic region.

«It’s a historic moment», he underlines.

The Manga LNG natural gas import terminal is a joint venture of the industrial companies Outokumpu and SSAB Europe, the energy company EPV Energy and the LNG company Skangas.

The facility will help diversify the regional gas and fuel market and serve the entire Bay of Bothnia region, including industrial and mining companies and the regional marine and heavy road transport sector. Also Northern Sweden and Northern Norway will benefit, the company says.

Commercial deliveries to customers such as Outokumpu Tornio Works, EPV Energy and SSAB Raahe is to begin in summer 2018.

The LNG delivered by the «Coral Energy» has its origin in the Barents Sea. The ship in late October picked up the natural gas at Statoil’s Melkøya LNG plant in Hammerfest, the Norwegian town on the Barents Sea coast.

The «Coral Energy» is a small to medium-scale LNG carrier with a capacity of 15 600 m3.