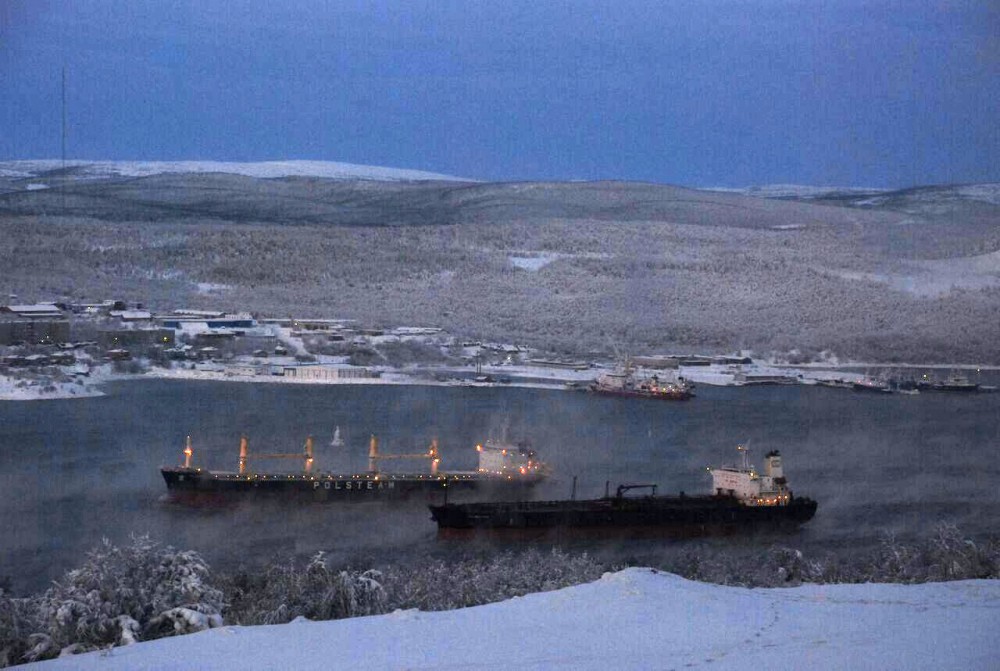 It can store up to 309,000 tons of oil, and will be key part of the company’s growing shipping operations in Arctic waters.
Read in Russian | Читать по-русски
By

Lukoil is a leading company in Russian Arctic oil shipping. It owns and operates the Varandey terminal on the coast of the Pechora Sea, from where major volumes of oil is pipelined from fields in the nearby Nenets Autonomous Okrug. According to data from the Russian Association of Sea Ports, the Varandey terminal in the course of the first ten months of 2017 handled a total of 7,0 million tons of oil, an increase of 5,4 percent compared with the same period in 2016.

All oil from Varandey is shipped out through the Pechora Sea and to Murmansk, where its is reloaded into terminal tankers and subsequently shipped to buyers abroad. It will now be the «Kola» which is to serve as the company terminal hub in Murmansk.

It is not the first terminal tanker of its kind in the Kola Bay. From before, Gazprom Next operates the «Umba», a 300,000 ton tanker, located in the Arctic fjord. The «Umba» receives oil from Prirazlomnaya, Russia’s only oil-producing offshore field in the Arctic, as well as the Novy Port field in Yamal.

Lukoil before 2016 used oil reloading facilities in nearby Norwegian waters for its Varandey oil. In 2015, a total of 6,5 million tons of Lukoil’s Arctic oil was reloaded ship-to-ship on a site near Kirkenes, the Norwegian border town.

The oil reloading was subsequently moved to Murmansk where ship-to-ship reloading was conducted with Russian tankers, among them the ships «Kapitan Gotsky” , «Proteas» and «Vasily Dinkov».