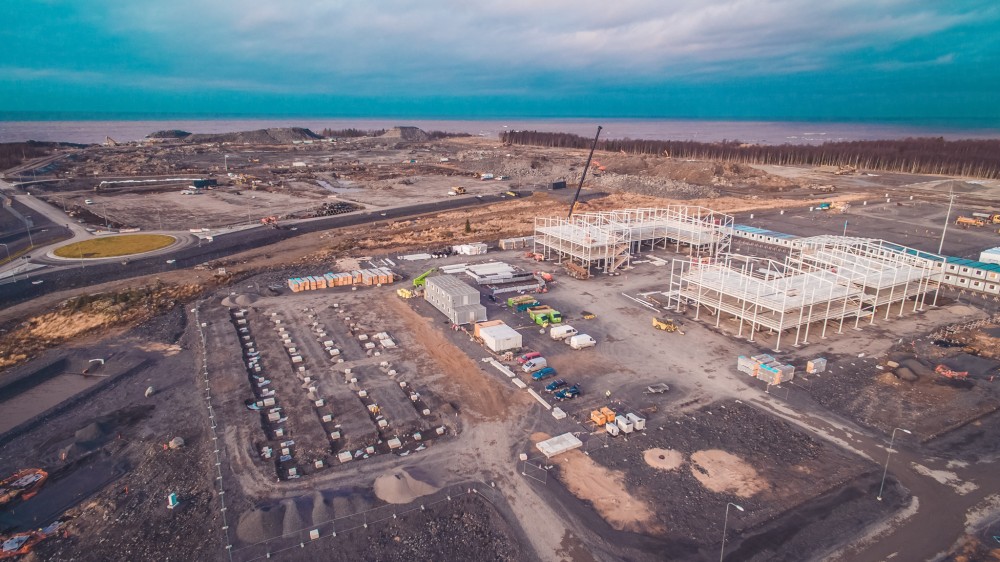 Fennovoima expects to spend some €500 million on building its planned nuclear power plant in northern Finland even before the building permit has been granted, according to the company.
Read in Russian | Читать по-русски
By

Fennovoima, which is in charge of building the 1200 megawatt plant in Pyhäjoki, said it expects the Finnish government to issue the permit in 2019. However, the company wants to complete as much of the infrastructure work as possible before then.

“I have not thought what will happen if the permit is not granted,” said Fennovoima’s construction director Jouni Sipiläinen.

At the moment, 200 people work at the site daily, doing excavation work and building temporary offices and accommodation units. The building work is expected to accelerate next year as the construction of office space begins.

The building permit itself will be granted by the Finnish government, but it cannot proceed without STUK’s safety assessment.

“We are mostly interested in the bedrock in the area and whether it is suitable for the foundation of the plant,” Tapani Virolainen from STUK said.

The construction of the Hanhikivi 1 plant has been delayed, in part, because the documentation required by Finland’s Radiation and Nuclear Safety Authority (STUK) for the license has been incomplete.

The plant will be supplied by Russia’s state-owned Rosatom, which holds a 34 percent stake in Fennovoima. Titan-2, also of Russia, is the main contractor for the Hanhikivi plant.

The remainder of Fennovoima is owned by Voimaosakeyhtiö SF, a grouping of industrial companies, such as Fortum and Outokumpu, as well as local energy utilities.

The plant is expected to be operational in 2024 and to supply approximately 10 percent of Finland’s electricity demand.

No building permit for northern Finland nuclear project Fennovoima before 2019