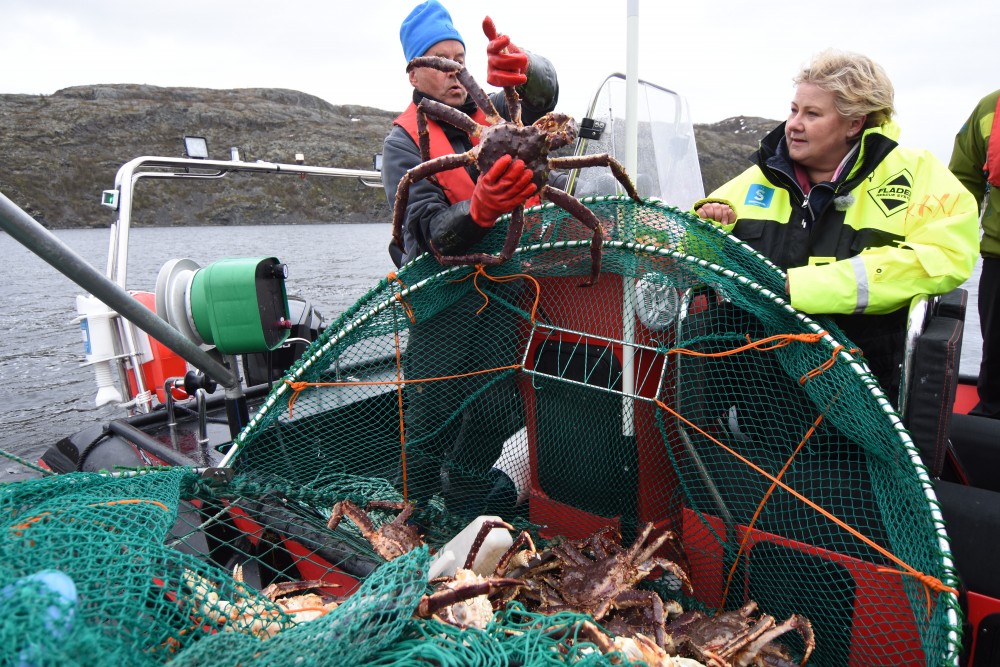 2017 became all time high for export of seafood from Norway’s Arctic waters.
Read in Russian | Читать по-русски
By

Seafood worth 94,5 billion kroner (€9,75 billion) was exported out of Norway last year. That is up another 3% from record-year 2016 and the double of the country’s export value of seafood ten years ago.

The 2,6 million tones of seafood exported from Norway in 2017 is equivalent of 36 million meals every day, year round.

More than 2/3 of the income in 2017 came from aquaculture, of which the majority was salmon. A million tons of salmon was sold at a value of almost 65 billion kroner (€6,7 billion), the Norwegian Seafood Council told on Monday when presenting the annual result.

«2017 was yet another fantastic year for Norwegian seafood exports. The export value increased by 3 per cent and we see a growth in value and volume for overseas markets in Asia and the U.S. Simultaneously, exports to the EU were unchanged from 2016,» says Renate Larsen, Managing Director at the Norwegian Seafood Council.

Second to salmon on the list is cod, with an export value of 9,1 billion kroner. In 2017, Norway exported 216,087 tons of cod, up a percent from the previous year. In the high north, Norway shares the cod quotas with Russia in the Barents Sea. The quotas are set annually by a bilateral fishery commission based on recommendations by marine researchers.

The European Union is still the most important market, buying more than half of all seafood from Norway. Within the union, Poland, Denmark and France are the top three buyers.

Asia, and especially China, is the sharpest growing market, up 8% in value last year to nearly 19 billion kroner.

«Increased seafood consumption in Asia is driven by a growing middle class and improved distribution. We expect that the growth will continue in the future, and one example is the potential for China. Given a full normalisation of the market access, salmon exports may reach 156,000 tonnes in 2025, equivalent to 12 per cent of current salmon production in Norway,» says Sigmund Bjørgo, the Norwegian Seafood Council’s Country Director in China.

For the years 2011 to 2013, Russia was Norway’s No. 1 market for seafood. That came to a quick halt in August 2014, when President Vladimir Putin announced seafood from Norway to be listed on the country’s counter-sanction measures. Salmon prices dropped immediately, but the fall was soon absorbed by growing demand in other markets globally.

Drop in export of crabs

Among the most exclusive shellfish on the menu from the Barents Sea coast are king crabs and snow crabs. 2017, however, was a year with less catch of crabs. King crab export was down 4% and snow crab was down 34%. Although prices per kilo are higher, it has not been able to compensate for reduced catches.

South Korea is now the largest market for king crab, followed by the U.S. and Canada.