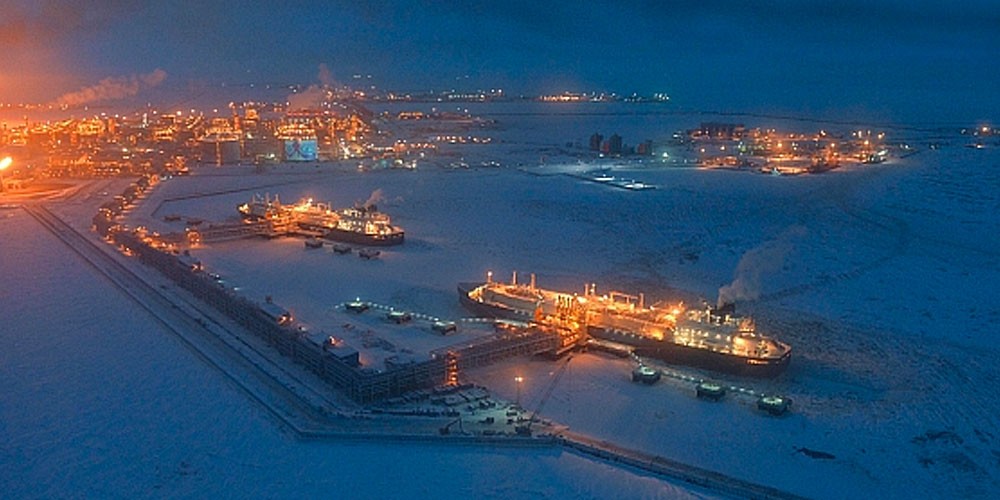 The «Eduard Toll» is the fourth ship now shuttling to and from Russia’s new natural gas terminal in the Arctic.
Read in Russian | Читать по-русски
By

The almost 300 meter long tanker this week sailed into the Gulf of Ob on its maiden trip through Arctic waters. According to data from the Northern Sea Route Administration, the «Eduard Toll» was on 10th January located in the waters off Sabetta, the new major LNG terminal in the area.

The ship is owned by Teekay and built by the Daewoo Shipbuilding Marine Engineering (DSME) in Korea. It completed sea trials in early November 2017, the Canadian shipping company informed.

It is likely to load liquified natural gas in the remote Arctic terminal at the same time as the «Christophe de Margerie», the similar tanker owned by Sovcomflot, which at the moment also is located in the Sabetta area.

A third tanker of the new Arctic class, the «Boris Vilkitsky» is also on its way to the Arctic port on the northern tip of Yamal. According to ship tracking service MarineTraffic, the tanker was on 4th January sailing outside the Norwegian Arctic coast with an eastbound course. The «Boris Vilkitsky» is owned by a joint venture of Greek company Dynagas and Chinese Sinotrans and China LNG Shipping.

The fourth tanker of the new class, the «Fyodor Litke» in late December loaded LNG at Sabetta and is at the moment delivering its load in the French port of Montoir.

The first loading of LNG from Sabetta was made on December 8th 2017 as Russian President Vladimir Putin came to site for a grand official opening ceremony. Since then, there has been hectic activities in the new Arctic port.

In the course of December 2017, a total of 221,338 tons of LNG was sent for export from the port, PortNews reports with reference to local customs authorities. That includes the volumes carried by the «Christophe de Margerie», the «Boris Vilkitsky» and the «Fyodor Litke».

And more tankers are soon on their way. A total of 15 ice-class Arc7 tankers are to be built for the Yamal LNG.

The new ships all carry foreign flags, and not Russian as requested by Russian authorities. The «Eduard Toll» carries a Bahamian flag, while the remaining three ships are registered in Limassol, Cyprus.