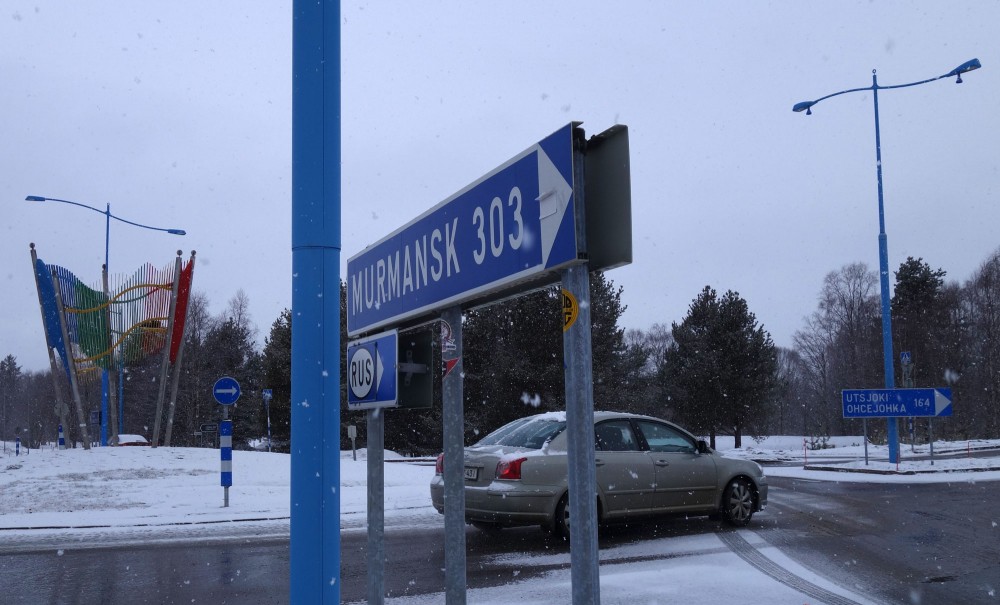 Russia this way. Towards the border-crossing point of Raja-Jooseppi in northern Finland. Photo: Atle Staalesen

After years of decline comes solid upswing in Finnish-Russian trade

The Nordic country in 2017 boosted its imports from neighboring Russia by almost 40 percent.
Read in Russian | Читать по-русски

Also Finnish exports to Russia saw a significant increase. In the course of the first ten months of the year, Finland sold 17 percent more goods to the eastern neighbor compared with the same period in 2016, data from the Finnish Customs show. Trade deficit was significant with the value of the exports amounting to €3.13 billion compared to €7.55 billion for the imports.

According to Heli Simola, a senior economist at the Bank of Finland’s Institute for Economies in Transition (BOFIT), the growing trade is supported by gradually recovering demand in Russia and stronger ruble. Russian GDP grew 1.5 percent in 2017 according to the first official estimate and the euro value of Russian goods imports was up 22 percent, she says in a comment to the Barents Observer.

Most of the largest Finnish exports groups to Russia did see growth in 2017.

The growth comes after several years of significant decline in economic relations. The value of goods exports peaked last time in 2012 at 5.7 bn EUR, but then declined for 4 years in row, losing altogether nearly half of their value. The situation in imports were even more dramatic, with almost 50 percent drop in the period 2014-2016.

The lion’s share of Finnish imports from Russia is oil and oil products.

The upswing in trade is accompanied by an advance in political contacts. In the course of 2017, the two countries’ presidents regularly talked on the phone and in June, Vladimir Putin paid a visit to Finland.

«It is our common task to support and in all possible assist so that this pace, this trend, is continued,» Putin underlined in a joint press conference. According to the Russian president, the bilateral trade turnover in the period January-May increased with as much as 51 percent.

Also investments are significant, Putin underlined, and highlighted the Russian engagement in the Pyhäjoki nuclear power plant outside Oulu, northern Finland. Russia is investing an estimated €5 billion in the project, half of which is covered by state company Rosatom, and the rest by Russian government reserve funds.

RAOS Voima, a subsidiary of Rosatom, holds 34 percent of the shares of the Pyhäjoki project. Construction works on site have already started, although the plant still lacks an official building permit.

According to economist Simola, bilateral trade between the two countries is likely to increase also in 2018.

«For the future, I would expect the Finnish exports to Russia continue growing this year, although more moderately than last year. The growth is supported by the recovering demand in Russia, which should continue at least if the oil price will not decline substantially,» she says to the Barents Observer.