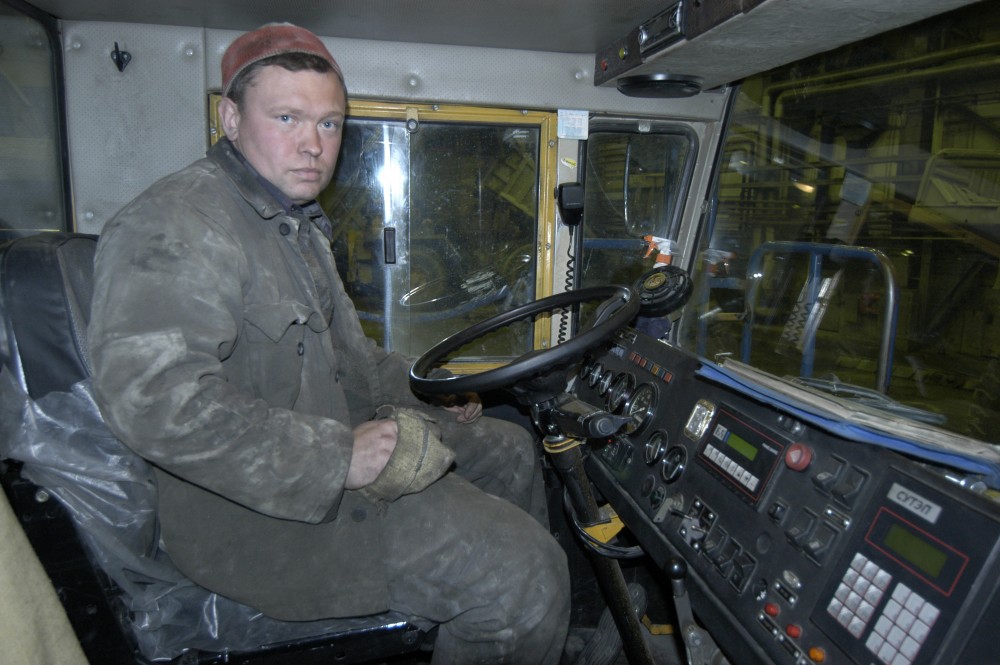 Truck driver at the apatite phosphate mine in Kirovsk on the Kola Peninsula. Photo: Thomas Nilsen

The world needs more food and PhosAgro delivers a 25-years peak of phosphate rock from the Khibiny mountains.
Read in Russian | Читать по-русски
By

PhosAgro’s 2017 output shows an increase in production of phosphate-based fertilizers by more than 10% year-on-year and achieved a ne record of 6,6 million tons, the company informs.

The mining division based in Kirovsk on the Kola Peninsula produced more than 9,5 million tons of phosphate rock, which is the highest level in the early 1990s.

«Looking ahead to market conditions in 2018, we remain optimistic on price dynamics on the back of several factors,» the company writes and points to a likely closure of other fertilizer plants in other parts of the world combined with increased prices.

PhosAgro’s mining branch in Kirovsk and production plant outside Apatity is the world’s largest producer of high-grade phosphate ore and Russia’s only producer of nepheline concentrate. Currently, the company runs two open-pit mines and two underground mines in the Khibiny mountains outside Kirovsk.

The company boosted sales of fertilizer products in Russia by 20%, in Europe by 30% and by 16% to Latin America the year-on-year figures show.

Originally, following the privatization after the breakup of the Soviet Union, the mining company in Kirovsk and production plants in Apatity were bought by Menatep bank controlled by Mikhail Khodorkovsky in 1995. After Khodorkovsky’s arrest, the assets were sold including several of the companies that today are subsidiaries of PhosAgro, including Apatit on the Kola Peninsula.

PhosAgro is today controlled by Oligarch Alexey Guryev, who together with other family members own 71% of the shares in the company. Guryev is a former colleague of Mikhail Khodorkovsky. His son, Alexey Guryev Jr. is current CEO of PhosAgro.

Andrey Guryev was listed by Forbes in 2016 to have a fortune of $4,2 billion.

Apatit moves out of Murmansk