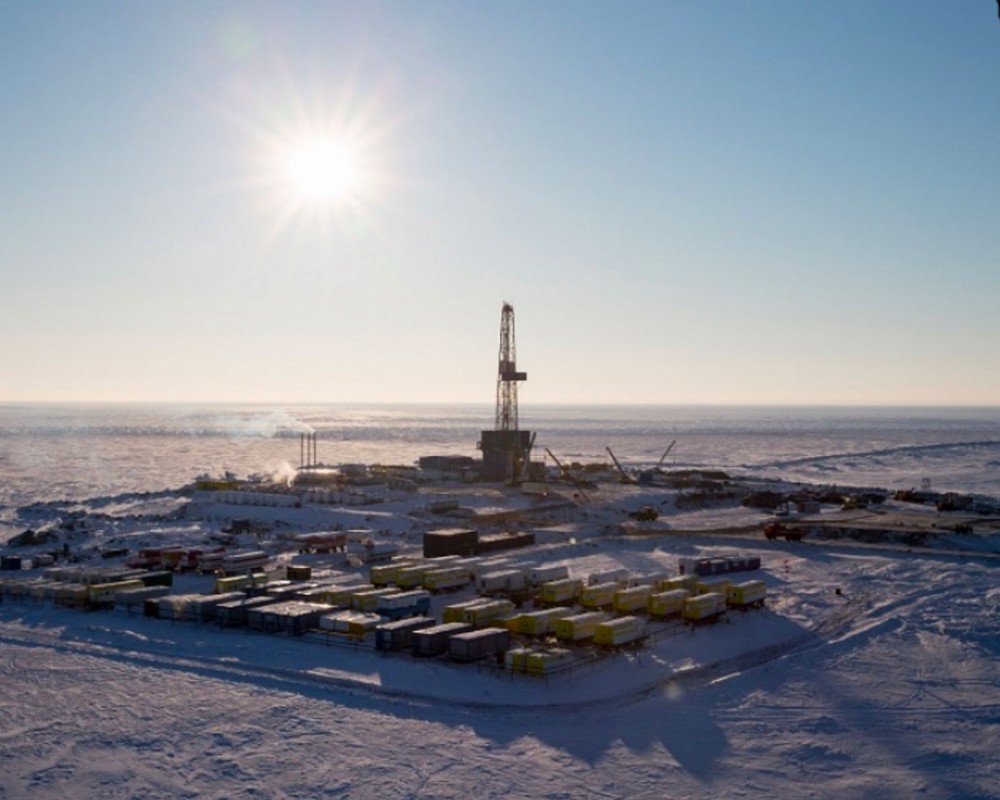 The oil company intends to extend its Arctic drilling program in the remote Gulf of Khatanga.
Read in Russian | Читать по-русски
By

The state company wants to drill at the Khara-Tumus field, an area located along the coast of peninsula Taymyr, near the Laptev Sea.

The company has already submitted an application to take part in the upcoming license tender, Neftegaz reports. There are no other bidders to the remote Arctic license, the news site informs.

The 1,27 thousand square km big license area is located adjacent to the site where Rosneft last year made a major oil discovery.

According to Rosneft, the Tsentralno-Olginskaya-1 holds at least 80 million tons of oil.

It was the oil company’s only offshore well drilled in 2017 and the operations were conducted from the shore of the nearby peninsula.

The well was spud in early April 2017 and Rosneft leader Igor Sechin had President Vladimir Putin on the line directly from the Kremlin in connection with the event.

Rosneft says it pins high hopes to the development of the Laptev Sea which it believes could hold as much as 9,5 billion tons of geological reserves.

Rosneft over the last year has developed a research and exploitation base in the Khatanga area.

The oil company originally also wanted to obtain a license to the nearby Begichevsky area, but last minute decided to withdraw from the auction because of environmental production regulations in the area, Prime reports.