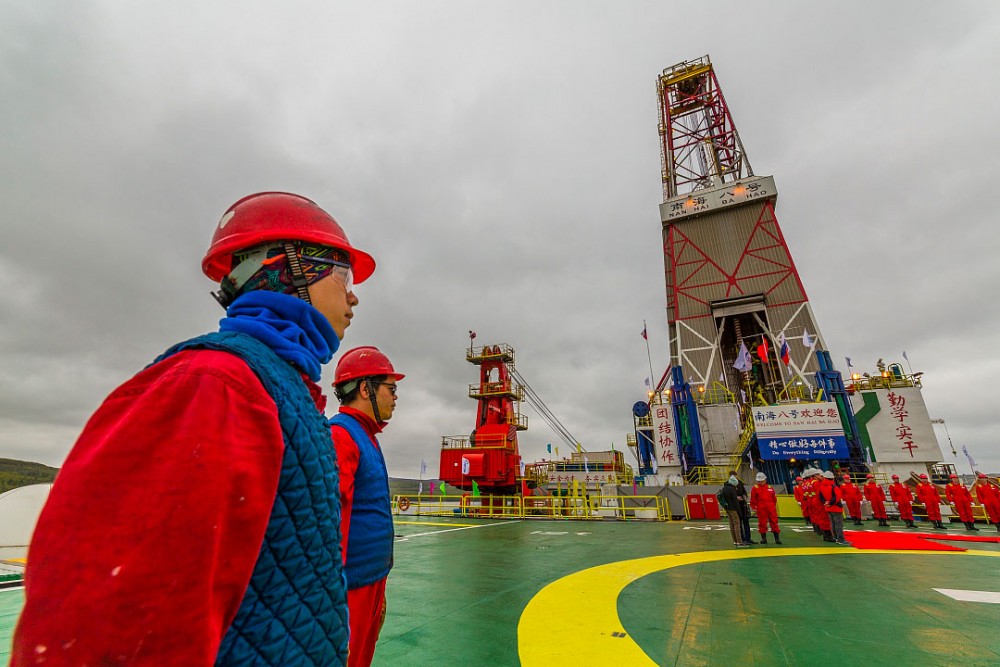 The "Nanhai VIII" in Murmansk on the way to the Kara Sea in June 2017. Photo: gov-murman.ru

The rig «Nanhai VIII» drilled in the Kara Sea and revealed one of Russia’s biggest natural gas fields.
Read in Russian | Читать по-русски
By

The drilling revealed that the Leningradskoye field holds as much as 1,9 trillion cubic meters of gas. That is 850 million cubic meters more than previous estimates, Minister of Natural Resources Sergey Donskoy writes in a Facebook post.

It was the Chinese semisubmersible rig «Nanhai VIII» which in summer of 2017 drilled in the area. The 15,469 deadweight ton installation is owned by China Oilfield Services Limited (COSL) and drilling was made on water depths down to 160 meters.

The Leningradskoye license, which is owned by Gazprom, covers an area located west of the Yamal Peninsula in the Kara Sea. The drilling took place after two years of seismic mapping in the area.

With its upgraded resource estimates, the Leningradskoye field is one of the biggest hydrocarbon discoveries in Russian Arctic waters. It is still however far less than the Shtokman field in the Barents Sea, which holds about 3,9 trillion cubic meters.

The drilling at the Leningradskoye was the first offshore Arctic operation of the kind since the Norwegian rig “West Alpha” drilled the University-1 well for ExxonMobil in 2014.

That well revealed oil resources of more than 130 million tons. A second drilling scheduled for 2015 was halted as a result of Western sanction regime.