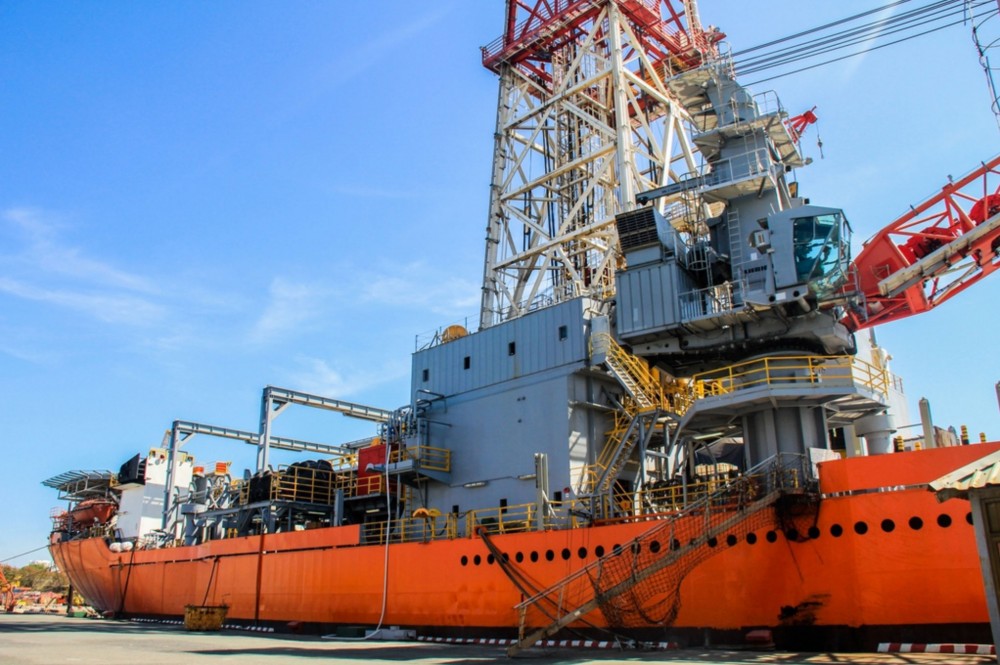 After more than 20 years abroad, the «Valentin Shashin» will again have Murmansk as its home port.
Read in Russian | Читать по-русски
By

As western sanctions continue to trouble Russian offshore oil exploration in the Arctic, domestically-built drillships are taken back home. On 22nd March, the Russian flag was raised at «Valentin Shashin», the drillship that once found one of the biggest natural gas fields in the Arctic.

The move follows more than 20 years of drilling abroad, first in South America, then Africa and Southeast Asia. The ship will from now on have Murmansk as its home port and operate for company Arktikmorneftegazrazvedka (AMNRG), a subsidiary of state-owned Zarubezhneft.

It was in 1983 that the «Valentin Shashin» moved into the central part of the Barents Sea and started the drilling operation that soon revealed the 3,9 trillion cubic meters Shtokman field.

The «Valentin Shashin» in the period 1982-1994 drilled 15 wells in Arctic waters and made several major discoveries, among them the Shtokman field, owner Zarubezhneft informs.

The Shtokman remains one of the biggest offshore natural gas fields in the world. The field license is owned by Gazprom, which in 2012 announced that it was postponing field development «until better times».

The «Valentin Shashin» is 140 meter long and can drill on depths down to 6,500 meters.  In the period 2005-2011, the ship operated under the name «Deep Venture» and was managed by Norwegian companies ARBA AS and Venture Drilling AS.

The deal was highly controversial and then leader of the AMNGR in Murmansk, Oleg Mnatsakanyan, was in 2013 sentenced to three years in jail.