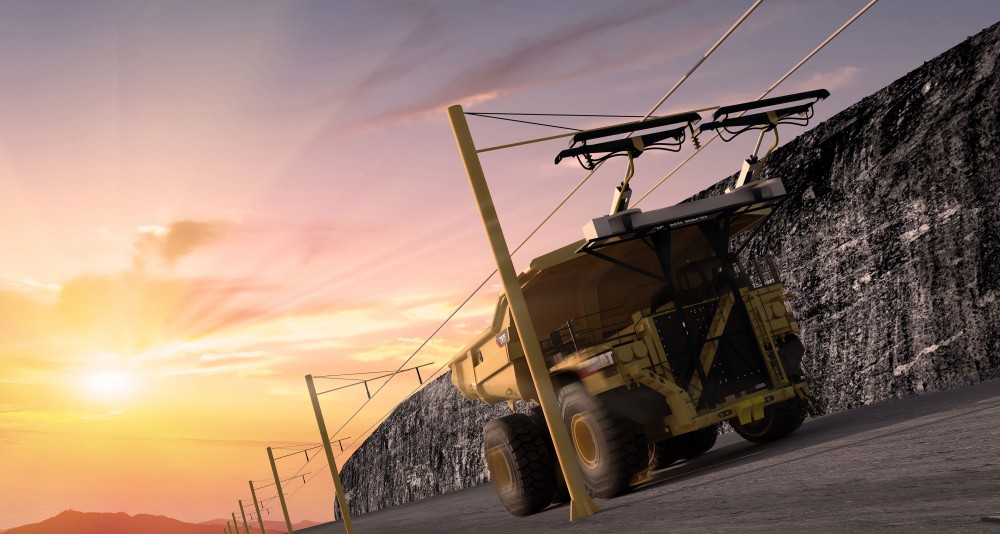 Boliden will run first test-route this fall in a project with potential to radically reduce greenhouse gas emissions from mining.
Read in Russian | Читать по-русски
By

The electric car revolution needs a lot a copper, but how green are the mines running day and night to supply the growing demands? For Boliden, a giant in mining operations in Scandinavia the answer is to be proactive in development of new low-emission mining technologies.

A pilot demonstration project is now under way at Aitik, Sweden’s largest open pit copper mine outside Gällivare.

«This project has potential to radically reduce greenhouse gas emissions from mining,» says Erik Brandsma, Director General of the Swedish Energy Agency. «Reduced emissions from mining processes is important in order to produce future vehicles in a sustainable manner.»

Annually, about 70 million tonnes of rock is transported by diesel fueled trucks at the large open pit copper mine. Plans are to make a larger part of the transport system electric and by that achieve reductions of greenhouse gasses of up to 80%.

Jonas Ranggård is Manager for Boliden Mines Energy Program. «The diesel transport is the main source of greenhouse gas emissions as well as local emissions influencing the work environment in the mine. Electrification is, as we see it, the enabler to move away from diesel and rely on renewable electric energy.»

Erik Brandsma with the Energy Agency sees the pilot project at the Aitik mine as a complement to another huge industrial project in northern Sweden; the battery factory to be built by Northvolt in Skellefteå. The factory will be one of the largest production lines for batteries for electric cars in Europe.

Buyers of electric cars want a greenest possible footprint, not only while driving the car itself, but also from the suppliers of raw materials for the production of batteries. Worldwide electric car sales crested one million units for the first time in 2017. Sales are growing fast and could range between 9 million and 20 million by 2020, and grow to between 40 million and 70 million by 2025, the International Energy Agency (IEA) recently forecasted. In Norway, 39% of all new vehicles in March were fully electric.

Boosting electric car sales is good business for the copper mining industry. Prices of copper rallied more than 20% last year and demand is pushed up by production of electric car batteries.