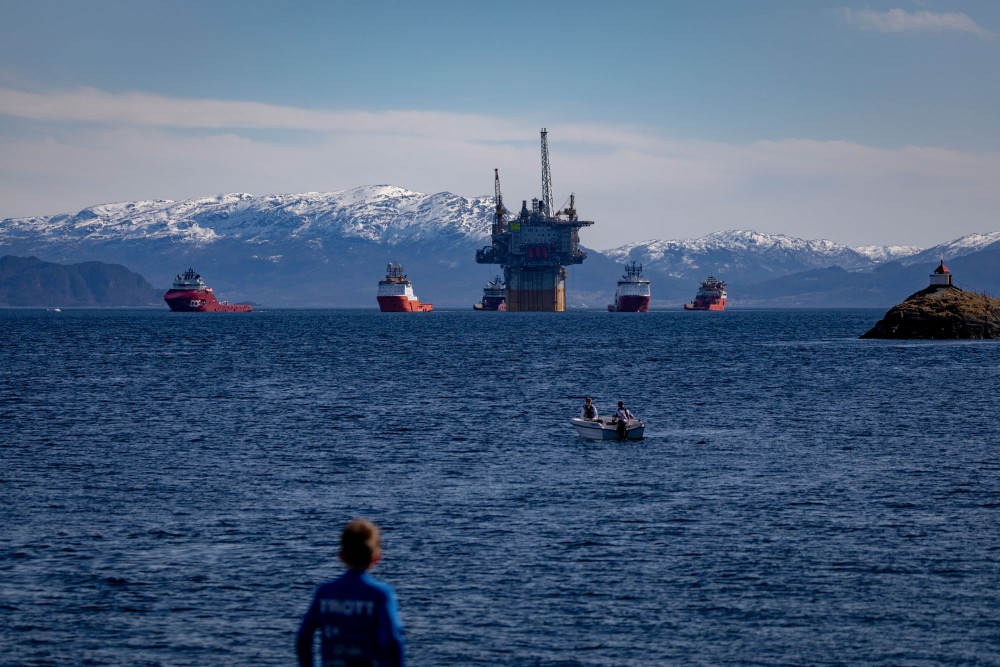 The world’s biggest floating installation of its kind is being tugged to the Aasta Hansteen field.
Read in Russian | Читать по-русски
By

Five powerful tugs on Thursday started the 500 nautical mile tow-out of the Aasta Hansteen platform from Stord, southwest Norway. They will spend an estimated 12 days on the voyage to the Aasta Hansteen production site, field operator Statoil informs.

It will be Norway’s second natural gas field in operation north of the Arctic Circle. The Aasta Hansteen is located about 300 km off the north Norwegian coast. Water depth in the area are down to 1,300 meters and weather conditions harsh.

The Aasta Hansteen platform is built in South Korea and based on a Spar FSPO, a a floating installation consisting of a vertical cylindrical hull moored to the seabed.

The platform is the first of its kind on the Norwegian Continental Shelf and the largest in the world.  It will be connected with the 482 km long Polarled natural gas pipeline, which enables the project partners to easily export the gas to European buyers.

The Polarled was completed in 2015 and has a capacity to handle up to 70 million standard cubic metres per day. It will be able to handle all the natural gas produced at the Aasta Hansteen, as well as several surrounding fields. The Aasta Hansteen holds about 51 billion cubic meters of gas.