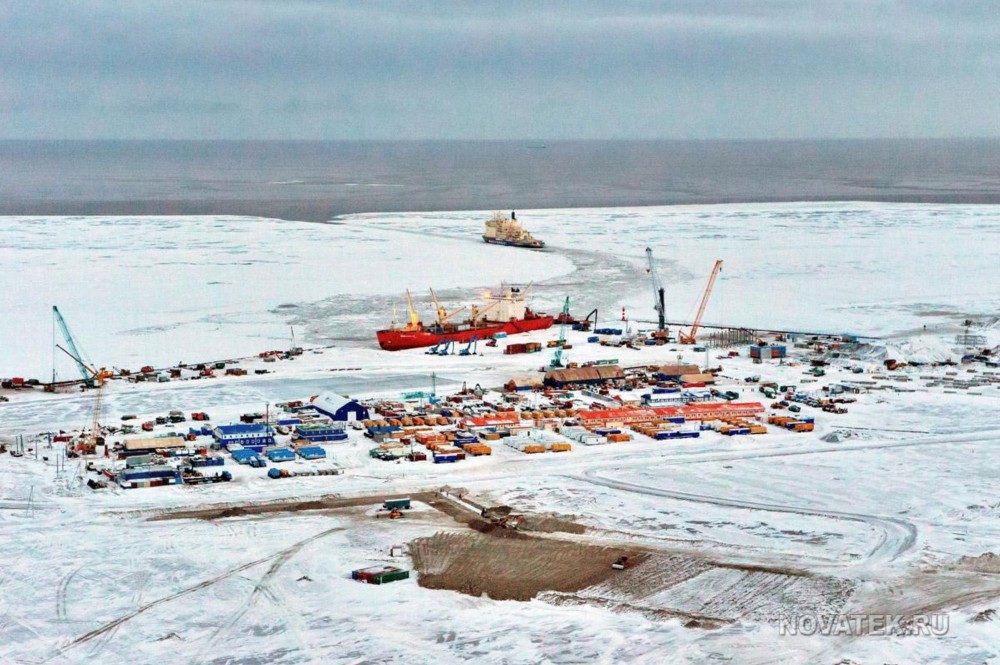 Illustration photo from Sabetta by Novatek.ru. The vessels on the picture are not connected with the delivery to Gydan

In the course of the year, more than 40 thousand tons of construction materials are planned shipped to the remote and ice-covered Russian coast.
Read in Russian | Читать по-русски
By

The cargo ships «Arctica-1» and «Arctica-2» have delivered the first components to Russia’s second major LNG project in the remote north, the Arctic LNG-2. The vessels sailed from Arkhangelsk and last week arrived to the northern tip of the Gydan peninsula where the goods were unloaded, the Northern River Shipping Company informs in a Facebook post.

The ships had to make it through more than a meter-thick ice. It is the company’s first ever delivery to this part of the Arctic.

In the course of 2018, a total of four shiploads will be delivered to the site of the Arctic LNG-2, company General Director Sergey Lavonen told TV channel Yamal-Region.

«There will be delivered very big volumes of goods, and this kind of deliveries in wintertime to this site has never before been conducted,» he says.

According to the company leader, the shipments include pipes, construction machines, insulation materials, road construction goods and drilling equipment. The goods are needed for the development of the Salmanovskoye field, the natural gas deposit which will serve as the main resource base for the project. The field is believed to hold up to 260 billion cubic meters of gas and 9,6 million tons of condensate, license holder Novatek says.

The Arctic LNG-2 is to start production in 2023 and after 2025 reach a target production of up to 18 million tons of liquified natural gas per year. Included in the project is the development of the Kola Yard, the plant located in Murmansk for construction of LNG production units.

When finished, the production unit will be tugged to the shallow waters of the Ob Gulf, the bay located between the peninsulas of Yamal and Gydan.

The project is managed by Russian natural gas company Novatek. However, the Russian company will far from make it alone. Despite the souring climate in East-West relations and Russia’s growing stress on national capacities, the grand Arctic project leans heavily on the leading European oil and gas development companies.

In May 2017, Novatek signed a framework agreement with Technip and Linde, the French and German engineering firms. Following Technip’s merger with FMC Technologies in 2017, additional teams of Norwegian and British engineers might be taken on board.

Novatek will use Linde’s technology on natural gas liquefaction for the Arctic project, and has purchased the necessary license from the Germans.

In addition, the Russians are teaming up with the Italian company Saipem for the development of the gravity-based structure (GBS), the installation which is to be based on the seabed on the Ob Gulf.