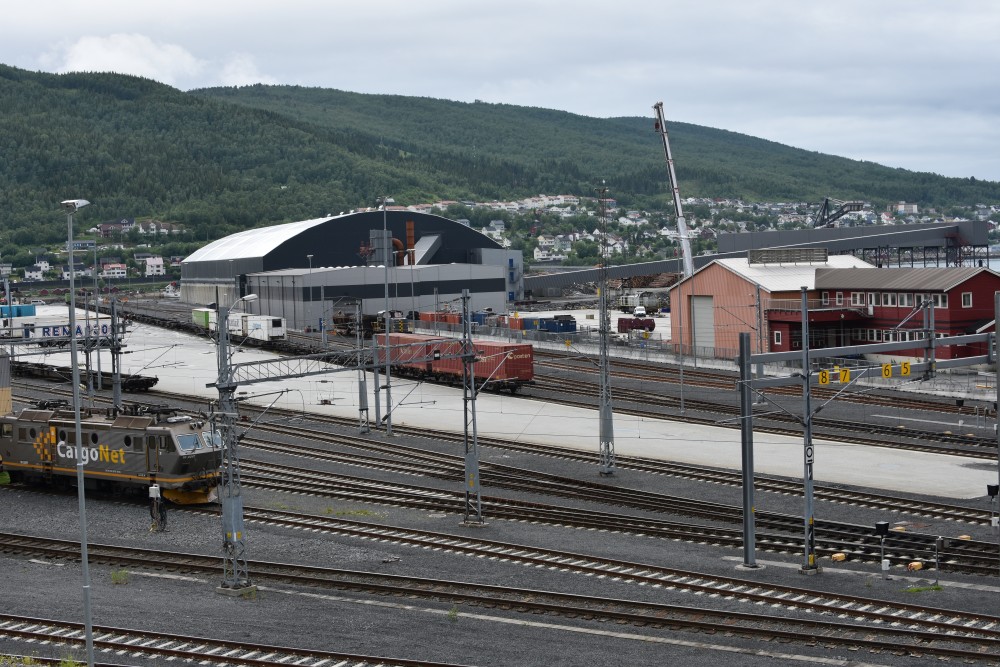 As part of the next long-term EU budget 2021-2027, the European Commission on Wednesday proposed a €43 billion investments for European transport infrastructure, energy and digitalization. Extension of the so-called Trans-European Transport Network (TEN-T) is core in the railway investments.

Here, the Commission proposed core network corridors to ensure better connectivity of core ports and cross-border sections. And, the Commission writes: “including with third countries.” Norway is not a member of the European Union and can with the suggestion not directly be included in EU’s budget, but with Norwegian money on the Norwegian side, EU will provide substantial funding for upgrade of the railway on the Swedish side of the border.

The major part of the railway runs through Sweden’s northernmost county of Norrbotten.

“This is wonderful news from the European Commission,” says Torjus Kleiven Kandal with North Norway European Office in Brussels to the Barents Observer. “We have for years worked together with the Finnish and Swedish regions in the Bothnia Corridor project to achieve this,” he says and explains the importance of prolonging the Bothnia Corridor all northwest to Narvik .

“The railway is not only important for transport of ore from the mines in Kiruna to the port of Narvik, but also very important for freight of cargo to and from Northern Norway,” Torjus Kleiven Kandal argues. The current railway is packed to capacity with iron-ore transport. New double-track and more meeting points are highly needed.

Norway’s Minister of Transport, Kjetil Solvik Olsen, has informed the Commission about his support to include the railway from Sweden to Narvik into EU’s core railway corridor network.

In the proposal, the European Commission writes: “The proposed extension of the Scandinavian-Mediterranean Corridor will connect with the Swedish core ports of Luleå in Sweden and Narvik in Norway. Neither of these ports is currently included in the corridor network. Proposed extension anticipates growing importance of the Arctic policy.”

Upgrade of the railway from Luleå to Narvik and inclusion of the line will make it the first EU-corridor to cross the Arctic Circle.

Torjus Kleiven Kandal says being included into the core corridor brings along more funding than just being listed as part of EU’s railway network.

Last Friday, the Swedish Government granted nearly 7 billion Swedish kroner for construction start of the new North Bothnia Line, a fast-speed railway from Umeå to Skellefteå and in the longer run all north to Luleå. The railway is partly to be financed by the European Union and will be a part of the Trans-European Transport Network linking the Mediterranean with the Norwegian Ocean and the Arctic.

For Finland and the Baltics, the Commission suggests an extension of the North-Sea Baltic Corridor north and across the border Tornio-Haparanda to Luleå. Also here, the Commission argues the growing importance of the Arctic policy.

The proposal from the Commission will now be handed over to the European Parliament and the EU Council for further debate and voting.

There is no mentioning of including to the core network corridors a possible new railway linking Rovaniemi in northern Finland with the Norwegian port of Kirkenes to the Barents Sea.