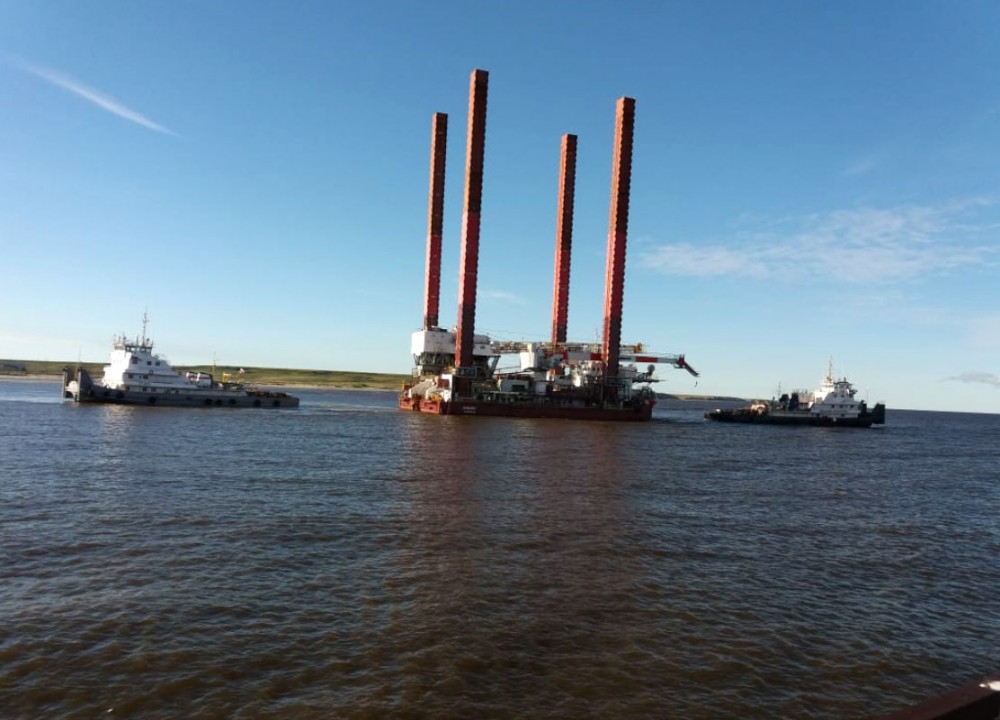 The "Amazon" is towed to the drill site in the Gulf of Ob. Photo: Gazprom Flot

Natural gas company Novatek has spud its first ever offshore Arctic well on the spot where it intends to develop its third Arctic LNG project.
By

It is the 34-year old «Amazon», a 6,570 ton installation owned by company Gazprom Flot, that this week started drilling on the Severo-Obskoye, a license area located in the northern part of the Gulf of Ob.

The resources discovered will serve as basis for the company’s projected Arctic LNG 3.

The operation is controversial. The license area is located close to the open waters of the Kara Sea, and Novatek is not among the companies allowed to operate on the Russian Arctic shelf. Currently, only Gazprom and Rosneft have that exclusive right.

Severo-Obskoye is situated about 125 km north of Sabetta, in the area where the Gulf of Ob runs into the Kara Sea. According to Russian legislation, these are «inland waters» and not shelf.

The area has a «significant geological potential» and a «favorable location with regard to logistics», company CEO Leonid Mikhelson underlines in a statement.

Novatek conducted large-scale dredging in the gulf ahead of its Yamal LNG. That will not be required in the Arctic LNG 3. Water depths are sufficient for easy access of large ships.

The project will be operated by floating gravitation-type production platforms built at the Kola Yard outside Murmansk.

«The start of exploration drilling is an important step in the development of our latest LNG project, the Arctic LNG 3, which will become a new milestone in Novatek’s started to boost LNG production in the Russian Arctic,» Mikhelson says.

Planning has long been in the making. The «Amazon» was transported to the Gulf of Ob already in late 2017 and subsequently spent the whole winter in Yamburg, a port on the eastern banks of the gulf.

The jackup rig was first transported to Sabetta with a Chinese heavy loads ship and from there towed to Yamburg. It is not the first time that the “Amazon” is in the region. In the period 2002-2011, the rig successfully drilled 22 wells in the Kara Sea, Gazprom Flot informs.

Novatek has a number of license areas both in the Yamal Peninsula and nearby Gydan Peninsula. Among them is the South Tambey filed, on the bases of which the company runs the Yamal LNG and the Salmanovskoye, which will be the resources basis for the Arctic LNG 2.