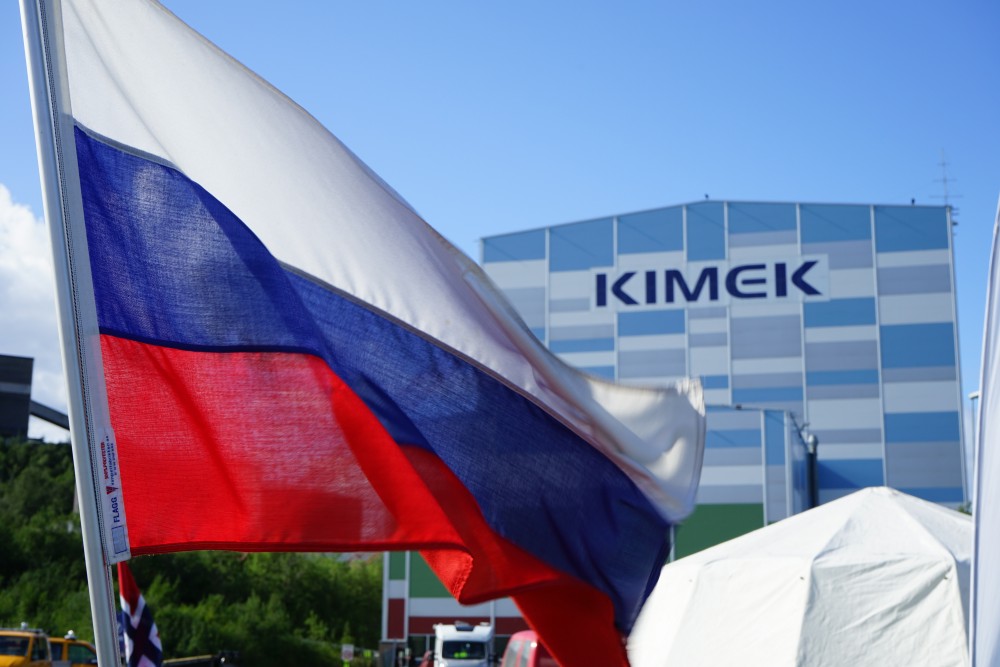 KIMEK shipyard in Kirkenes has the majority of customers coming from Russia. Photo: Thomas Nilsen

«There is a need for a civilian shipyard in the Murmansk area,» says Director of Kimek, the yard in Kirkenes with Russian shipowners as main customers.
Read in Russian | Читать по-русски
By

With a unique location just about an hour sailing from Russia’s maritime border to Norway, the ship repair yard on the coast to the Barents Sea has for the last three decades served the Russian fleet.

«About 75 percent of our customers are Russian vessels,» says Kimek Director Greger Mannsverk. He is not afraid to expand in times with downturn in trade and business between the two countries.

«We are continually assessing new business opportunities, both in Russia and elsewhere,» Mannsverk says to the Barents Observer.

«Today, we believe that there is a need for a civilian shipyard in the Murmansk area. Many vessels that do not have certificates [for sailing in open waters] to leave the Kola Bay struggle to carry out a shipyard stay.»

Although Murmansk is Russia’s busiest Arctic port with millions of tons of cargo annually, there are no larger civilian ship repair yards anywhere on the Kola Peninsula.

State owned United Shipbuilding Corporation runs the Zvezdochka Shipyard in Severodvinsk by the White Sea, which again has three major yards in the Kola Bay within its structure. Those are  Sevmorput-yard No. 35 in Murmansk, the Shipyard Shkval No. 10 in Polyarny and the Nerpa yard in Olenya Bay. With some few exceptions, activities at these yards are mainly connected with military navy vessels.

Kirkenes-based Kimek on the Norwegian side of the border has a network of partners in Northwest Russia and is well-known among owners of the fishing fleet with homeports in Murmansk and Arkhangelsk. The yard can dock relatively large trawlers indoor for works even in the coldest season of the winter.

Greger Mannsverk says it is difficult to put a date to when Kimek will have a ship repair yard in Russia. Patience, however, is for him key to success.

«As always when working with Russia; long-term perspective and patience.»

Closed and silent at Norwegian business pioneer in Murmansk