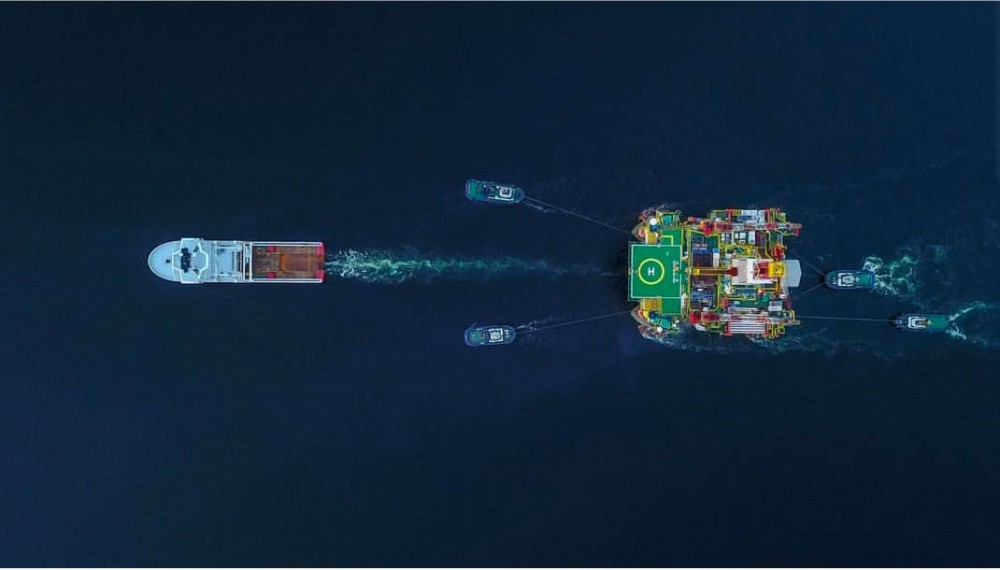 Towing of drilling rig "Nanhai-8" from Murmansk to the Kara Sea in July 2018. Photo: Gazprom

The Russian national energy company in 2017 discovered more new resources than ever before, company CEO Aleksey Miller last week told his Board of Directors. A total of 852,9 billion cubic meters of natural gas was recorded, the lion’s share of it on the shelf.

According to the company, offshore well drilling in 2017 revealed a total of 768 billion cubic meters of natural gas. Most of it was found in the Leningradskoye field in the Kara Sea.

Two wells were drilled on the Leningradskoye by Chinese rig “Nanhai-8” and results show field reserves of 667 billion cubic meters, the company informs.

The Leningradskoye is one of the company’s biggest offshore fields, albeit far smaller than the Shtokman field in the Barents Sea, which holds about 3,9 trillion cubic meters.

Gazprom has since 1995 discovered a total of 11 new natural gas fields on the shelf. Among them are the Severo-Kamennomysskoye and Kamennomysskoye-More in the waters around peninsula Yamal.

More drilling will be conducted in the years to come. According to the company’s exploration program, a total of eight offshore wells will be drilled in the period 2018-2021. That includes the two wells this year in the Rusanovskoye and Nyarmeyskoye fields in the Kara Sea. The wells are drilled by the «Nanhai-8» and «Arkticheskaya» rigs respectively.

Gazprom will over the next three years also conduct more than 9,000 square km 3D seismic mapping.