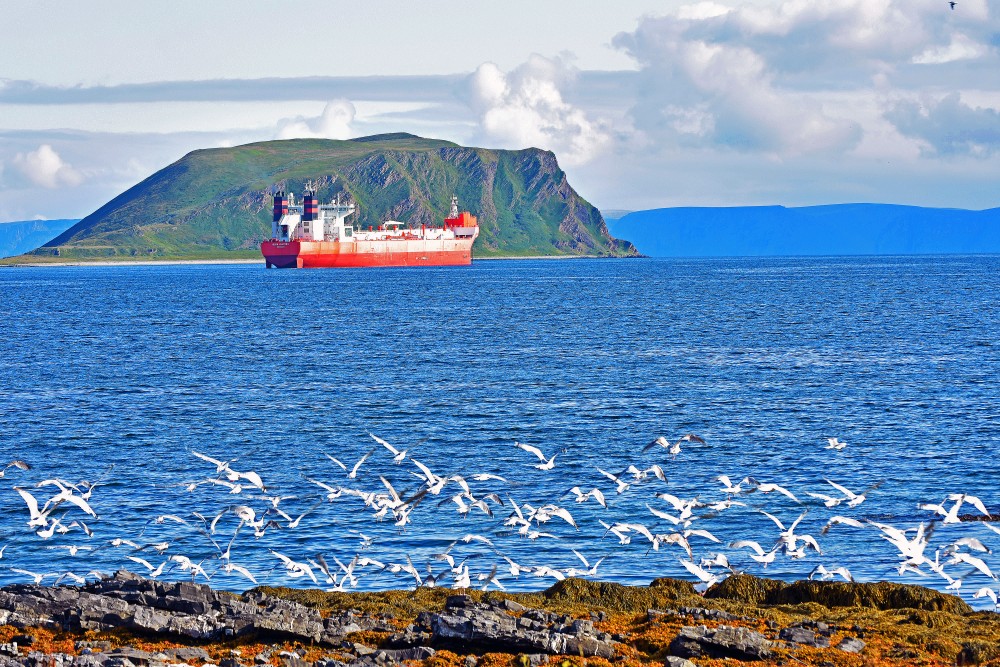 For a few years to come, gas from Russia’s Yamal Peninsula could be reloaded from ice-classed tankers to standard LNG-carriers outside Kirkenes or Honningsvåg.
Read in Russian | Читать по-русски
By

«We will use Norwegian territory in the medium-term for loading ship-to-ship,» Novatek CEO Leonid Mikhelson told journalists at the Eastern Economic Forum in Vladivostok on Tuesday, Ria Novosti reports.

Novatek, operator of Yamal LNG, wants to bring down costs of shipping gas from the ice-covered waters north of Siberia to the markets by reducing the distance costly ice-classed carriers have to sail. In short, ice-classed carriers will bring LNG from Yamal to non-ice classed carriers on the Barents Sea coast which can sail the gas to terminals in Europe.

Leonid Mikhelson underlines that the Norwegian solution is intermediate. By 2022, a new major reloading and transshipment terminal will be launched on the Barents Sea coast of Russia’s Kola Peninsula. Most likely location is Ura Bay. Novatek is allegedly currently in discussion with the defense ministry about the exact location. A challenge with Ura Bay is the nearby Vidyayevo base for the Northern Fleet’s nuclear-powered submarines.

Ura Bay is less than 100 kilometers east of the Norwegian border.

The terminal will get a capacity of 20 million tons of gas, as previously reported by the Barents Observer. Like Kirkenes and Honningsvåg in Norway, Ura Bay is also on the coast to the ice-free part of the Barents Sea.

Similar to a transshipment facility in Ura Bay, Novatek plans to set up an LNG transshipment hub on the coast of the Kamchatka Peninsula in the Far East so that the costly ice-classed tankers don’t have to sail all distance to market terminals in Asia.

In Norway, the company Norterminal is established to facilitate for oil and gas reloading and storage. Speaking to the Barents Observer earlier this year, Norterminal representative Arne B. Ramstad told the company is «still in a preparation phase, no contracts have been signed.»

Norterminal considers three locations, two outside Kirkenes and one near Honningsvåg, for ship-to-ship operations. At each site, there will be a monthly capacity of up to 15 ship-to-ship reloading operations.

Both Kirkenes and Honningsvåg have experiences from earlier reloading of gas condensate coming from ice-covered waters in the Russian Arctic and aimed for markets in Europe.