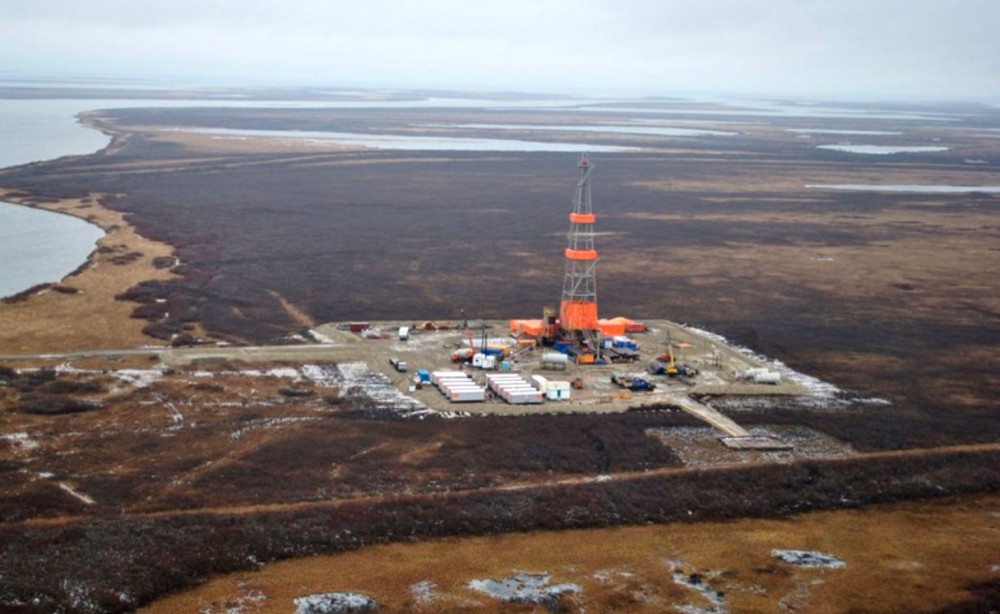 The projected site for the Pechora LNG is located next to oil field Kumzhinskoye. Photo: Alltech.ru

State company Rosneft does no longer believe in a liquified natural gas plant in Indiga on the coast of the Nenets Autonomous Okrug.
Read in Russian | Читать по-русски
By

Rosneft subsidiary RN-Gaz has sold practically all its shares in the Pechora LNG project, RBC reports.

«We currently do not see any perspective development of this project and our exit is made without any loss and obligation,» a representative of the oil company says.

Rosneft entered into cooperation with company Alltech in 2015 and subsequently acquired 51 percent of the project company. The oil company reportedly paid about $100 million for the stake.

The idea was to build a new port and LNG plant in Indiga, on the coast of the Pechora Sea. The plan originated from Alltech owner Dmitry Bosov.

Alltech needed the powerful and influential Rosneft in order to materialize the project. However, even with Rosneft President Igor Sechin on board, the project never managed to get federal support for a license to export LNG. Without that license, the project was doomed to collapse.

The Rosneft subsidiary is now left with only 1 percent of the shares of the project company. The remaining 99 percent is controlled by Singapore-registered CH Gas Pte ltd, RBC reports.

The Pechora LNG was to produce an estimated four million tons per year, most of it planned shipped to western markets. Investments were estimated to about $4 billion and the project developers intended to build a new port terminal on the Pechora Sea coast and construct several LNG carriers.

The waters off the coast of Indiga are almost 20 meter deep and would provide one of few sites in the region for shipments with 100,000 tankers.

Originally, the LNG plant was to be based on the resources of the Kumzhinskoye and Korovinskoye fields. However, with Rosneft on board the plant could possibly include also offshore resources.