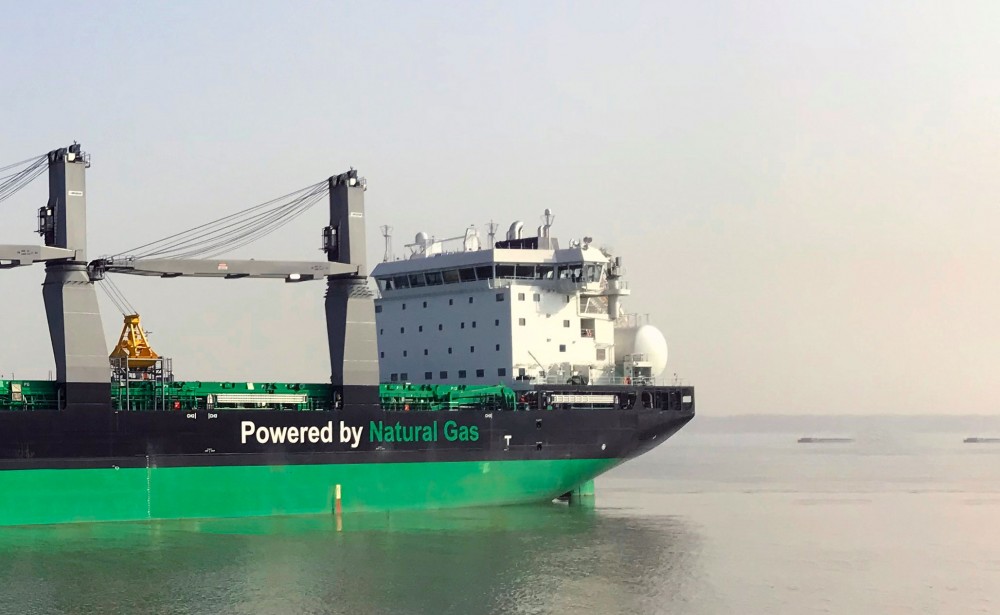 The "Haaga" sails from Japan to Sweden through the NSR. Photo: ESL Shipping

The two brand new 160-meter long vessels that are making it through the Russian Arctic shipping route produce less than half of normal vessels’ carbon dioxide emissions.
Read in Russian | Читать по-русски
By

The 25,600 dwt sister ships «Haaga» and «Viikki» are getting their maiden voyage through some of the toughest waters on earth. The two ships built in China for Finnish company ESL Shipping will make it to their home port in Finland through the Northern Sea Route.

«They are the world’s most environmentally friendly bulk carriers, and their passage via the Northern Sea Route is a concrete indication of the impact of climate change - but also of new business opportunities,» company ESL Shipping says.

According to information from the Northern Sea Route Administration, the «Haaga» on the 14th September sailed into the eastern part of the Arctic shipping route and was on 21st September anticipated to pass archipelago Novaya Zemlya with course for Norwegian waters.

The ship is built by the Jinling shipyard in Nanjing, China, and loaded raw material cargo in Japan before it set course for the Arctic. It is estimated to arrive in the Swedish port of Oxelösund around 1st October.

According to company Managing Director Mikki Koskinen, the ship had Russian icebreaker assistance when it crossed the East Siberian Sea. Ice data from the Russian Arctic and Antarctic Research Institute show that the remaining parts of the NSR now are practically all ice-free.

The second ship, the «Viiki», was delivered by the yard on 4th September and is expected to start its Arctic voyage in about two weeks.

According to the ESL Shipping, the LNG-fueled vessels generate less than 50 percent of the carbon dioxide emissions of the previous generation of vessels. The company has invested around EUR 60 million in the ships that primarily will sail in the Baltic Sea.

The two vessels have been designed in Finland, and European equipment suppliers account for roughly 60 percent of all vessel systems, the company informs. All engines and boiler burner operates on LNG. They both carry a Portugese flag.

Like all the 50 vessels operated by the Finnish shipping company, the «Haaga» and «Viikki» are heavily ice-strengthened.

Managing Director Koskinen does not exclude that his company will take more use of the Northern Sea Route. «We plan to use NSR when it is suitable from navigation point of view and is commercially viable alternative,» he told the Barents Observer.

«This time both requirements were met with satisfaction.»