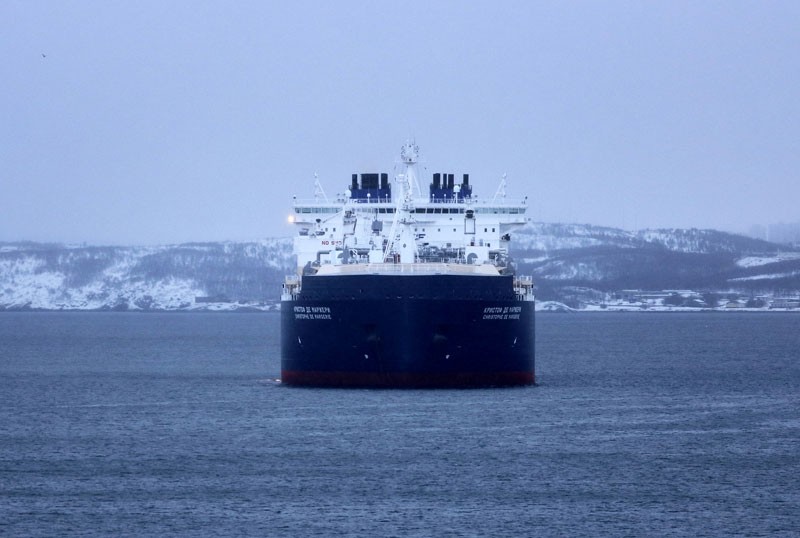 The projected terminal for liquified natural gas in Murmansk will be floating on the water.
Read in Russian | Читать по-русски
By

This solution will be the economically most efficient, Maksim Minin, a leading representative of natural gas company Novatek, underlined in a conference this week.

The floating storage and terminal facilities will have a volume of 360,000 cubic meters, Minin told news agency PortNews.

«Tankers will approach the facility from two sides, which allow for simultaneous loading and unloading of ships», he said. Each terminal hub is planned to include two storage facilities.

Novatek is in the process of planning two terminals for reloading of LNG, one in the Kola Peninsula and one in Kamchatka. They will serve the ice-class carriers that shuttle to and from the company’s LNG production sites in and around Yamal.

The terminals will significantly slash the company’s out-transportation expenses. Ice-class tankers will ship the liquified natural gas to the terminal sites and conventional carriers will bring the gas further to the markets. A total of 15 special tankers will alone serve the Yamal LNG project. And a number of more tankers will be built for the company’s two upcoming projects, the Arctic LNG 2 and Arctic LNG 3.

Among the projected sites for the new storage and reloading hubs is the Ura Bay, about 50 km to the northwest of Murmansk City. The bay today serves as home base for several Northern Fleet nuclear-powered submarines, including Sierra-II and Victor-III vessels.

In a meeting with top government officials and representatives of the Northern Fleet in August this year, Novatek CEO Leonid Mikhelson made clear that he wants the Ura Bay facility to be able to handle up to 20 million tons of LNG per year.