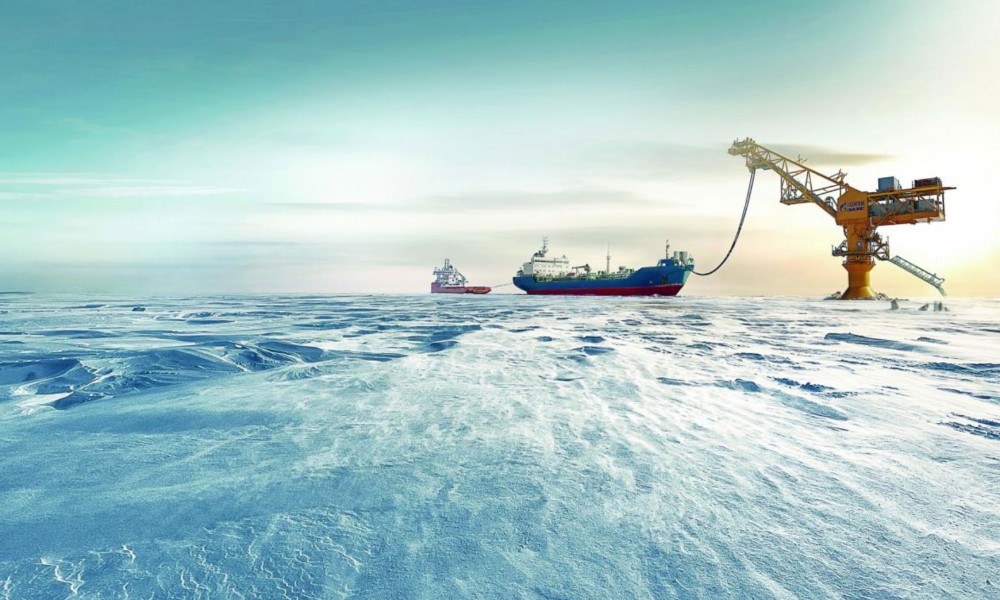 Oil companies prepare for offshore drilling in the Gulf of Ob, the shallow waters of Russia’s Yamal region.
Read in Russian | Читать по-русски
By

Company Gazprom-Neft believes the Yuzho-Obskoye field holds up to 400 million tons of oil. In early December, the company won the field license and is ready to kickstart exploration.

«This opens a new page in the development of the offshore resources located in the waters of the Kara Sea,» says company Deputy General Director Andrey Patrushev. Preparations for seismic mapping of the area will be conducted in 2019, whereupon at least one well will be drilled, the company informs.

The Yuzhno-Obskoye field is located in the southern part of the gulf adjacent to Novy Port, the area where Gazprom Neft has massively developed infrastructure and production facilities.

Since 2014, Gazprom Neft has shipped out several million tons of oil from Novy Port. The project logistics scheme includes an offshore terminal located in the Gulf of Ob near Cape Kamenny.

The gulf is shallow and the ice thick, and a fleet of specially designed Arctic tankers has been built for round-the-year exports from site. In 2017 shipments from site amounted to 5,9 million tons. In 2018, production is to increase to 7 million tons and in 2019 - 8 million tons.

Massive dredging has been conducted in the Gulf of Ob over the last years. And more there will be. The development of the Yuzhno-Obskoye will inevitably require the opening of deeper waters to the production site.

The area is likely to become a new major priority area for Gazprom Neft. From before, the company operates Russia’s only offshore Arctic oil project, the Prirazlomnoye field in the Pechora Sea.

The company will not be alone the remote Arctic area. North of the Yuzhno-Obskoye area is located Novatek’s major Yamal LNG project. Also Novatek is moving operations offshore.

The company this fall drilled a well in its Severo-Obskoye license and results reportedly revealed at least 900 billion cubic meters of natural gas. Novatek intends to use the resources for its Arctic LNG-3 project.

Gazprom tests the ice in its northernmost license area