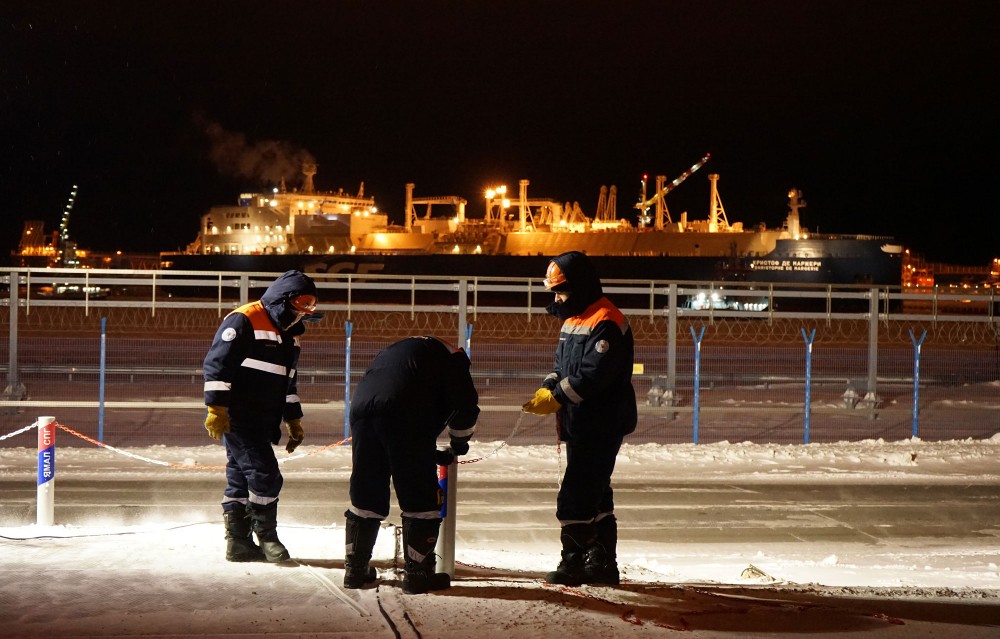 Novatek leader Leonid Mikhelson says Norway is under pressure from western partners following its go-ahead for large-scale reloading of Russian LNG in its waters.
Read in Russian | Читать по-русски
By

There is big politics in the air over Honningsvåg, the Norwegian Arctic town that now is hosting the grand ship-to-ship reloading scheme of Russian liquefied natural gas (LNG).

Millions of tons of LNG are being handled in the remote Norwegian Sarnes Fjord near North Cape. Ice-breaking tankers shuttle to site where the LNG is reloaded to conventional tankers that subsequently deliver the gas to western buyers.

A total of 158 ship-to-ship reloading operations of the kind are to be conducted in the fjord by June 2019.

It has become a crucial logistics point for Novatek, the Russian company that last month reached full capacity in its Yamal LNG project more than a year ahead of schedule. Novatek needs the operations in nearby Norway until it has built its own permanent terminal on the Russian side of the border.

And that permanent terminal is needed as soon as possible, Novatek leader Leonid Mikhelson underlined in a meeting this week with Prime Minister Dmitry Medvedev.

According to Mikhelson, Norway is experiencing «pressure from western partners» following the launch of the reloading activities.

“We are working closely with our European partners to increase their energy security by promoting diversification of energy fuel types, energy routes, and energy source countries,” the department added.

Novatek now calls on the Russian government to allocate the funds needed for the development of the terminal, projected built in Ura Guba, a bay in the Kola Peninsula. The terminal must be built in 2022, one year ahead of original schedule, Mikhelson told Dmitry Medvedev.

Novatek will invest about 50 billion rubles in the project (€664 million), which is 98 percent of the total cost. The government share will be only 900 million rubles (€12 million), Mikhelson made clear.

The new terminal will have a 20 million ton capacity per year. It will be located in the immediate vicinity to a local Northern Fleet submarine base.

It is the Tschudi Group, a Norwegian shipping and logistics company, that is facilitating the ship-to-ship operations. The company in September this year signed an agreement with Novatek that allows for ship-to-ship reloading in Norway with a time frame of 2-3 years.

«The operations are proceeding according to plans,» company CEO Jon Edvard Sundnes says in a comment to the Barents Observer. «It is hectic, but it works,» he underlines. The first part of the agreement with Novatek covers the period until summer 2019. But an extension is likely.

The cooperation with Novatek will not be affected by the U.S statement, Sundnes makes clear. «This is commercial cooperation, not politics,»  he underlines.

The Barents Observer has not managed to get a comment from the Norwegian Ministry of Petroleum and Energy to this report.

According to Aril Moe, Research Professor at the Fridtjof Nansen Institute, the statement from Washington is unlikely to lead to any concrete action on the part of the U.S. «But for Mikhelson and Novatek any uncertainty among buyers about the stability of the logistics chain for Yamal LNG can be a commercial problem,» he says to the Barents Observer.

«Moreover the statement shows that the concern of the U.S. for European gas policies goes beyond impacts on Ukraine and other transit countries, which has been a key argument against the Nordstream 2 pipeline. Yamal LNG clearly does not have any such implications.»

«In fact, most of this gas will be sold to Asian markets,» Moe underlines