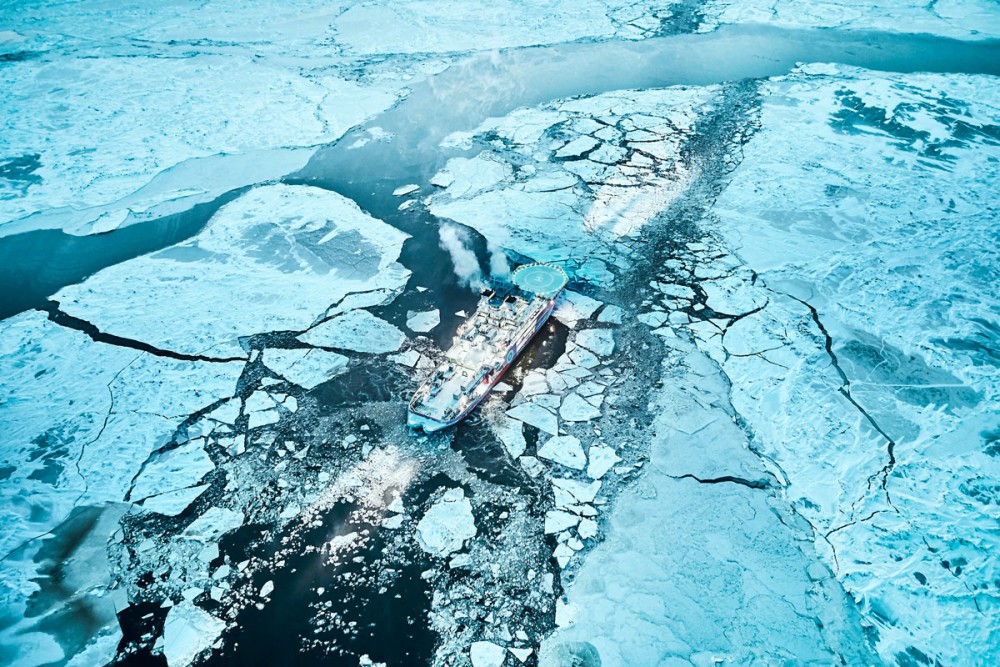 The vessels are crucial for our expanding Arctic oil production, says Gazprom Neft.
Read in Russian | Читать по-русски
By

New-generation icebreakers «Andrey Vilkitsky» and «Aleksandr Sannikov» are now ploughing through the ice of the Arctic bay assisting the oil tankers that shuttle to the Arctic Gate terminal.

The «Aleksandr Sannikov» was delivered by the Vyborg yard in St.Petersburg in June 2018 and sister ship «Andrey Vilkitsky» followed in December the same year.

Both ships are now in operation in their dedicated areas in the Gulf of Ob, Gazprom Neft informs.

The 121 meter long vessels are able to break through two meter thick ice. They open the waters for the tankers shuttling to and from the company’s Arctic Gate oil terminal in the Gulf of Ob.

The ships are designed by Finnish company Aker Arctic and are considered among the technologically most advance diesel-engined icebreakers in the country. They have state of the art systems for manoeuvring, fuel efficiency and radio navigation.

The presence in the area of our own icebreakers is a guarantee for the un-interrupted and efficient functioning of Arctic oil transports, and this opens new perspectives for the future development of fields in the region,» says Deputy General Director Vadim Yakovlev.

The oil is shipped to Murmansk where it is reloaded to terminal tanker “Umba” and subsequently taken further to Rotterdam.