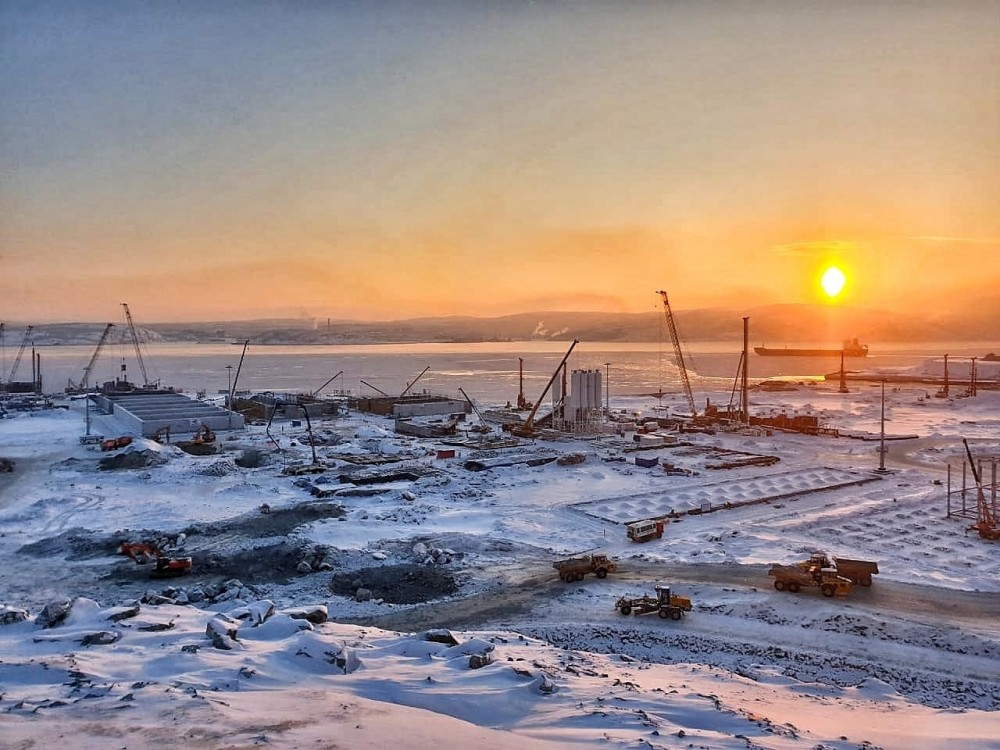 The first part of the plant in Belokamenka is to be completed already by mid-2019, says Novatek. Photo: Novatek-Murmansk

The regional treasury is strapped of cash, but natural gas company Novatek still gets almost 12 billion rubles of tax breaks for its Belokamenka project.
Read in Russian | Читать по-русски
By

Murmansk Governor Marina Kovtun has decided to give Novatek a generous hand of support. In this week’s meeting in a regional Investment Council, the governor made clear that the company would get its income tax and property taxes in the region slashed by 11.8 billion rubles (€159 million).

The tax breaks will cover the period until 2023 and 2024 respectively, the regional government informs.

Novatek is in the process of building a major plant for construction of platforms for upcoming LNG projects in the Arctic. Comprehensive construction works are now in the making in Belokamenka, a site on the western bank of the Kola Bay.

Construction started in summer of 2017. Since then, millions of tons of landmass have been removed from site. Today, the first buildings are under construction and port facilities are erected.

Murmansk expects that the regional budget will get a 30.8 billion rubles (€415 million) hike in revenues from the Belokamenka project. That comes despite the almost 12 billion tax cuts. In addition comes several thousand new jobs and big new orders for the regional construction industry.

In a meeting with President Vladimir Putin last month, Novatek leader Leonid Mikhelson said that his company is investing about 120 billion rubles (€1.62 billion) in Murmansk and that the first part of the plant will stand ready by mid-2019.

The new plant will produce the platforms that Novatek will apply in its Arctic LNG-2 project. The gravity-based installations will be more than 300 meter long, 150 meter wide and 70 meter high, Mikhelson told Putin. When ready, they will be towed from Murmansk and all the way to the production site in the Gulf of Ob.