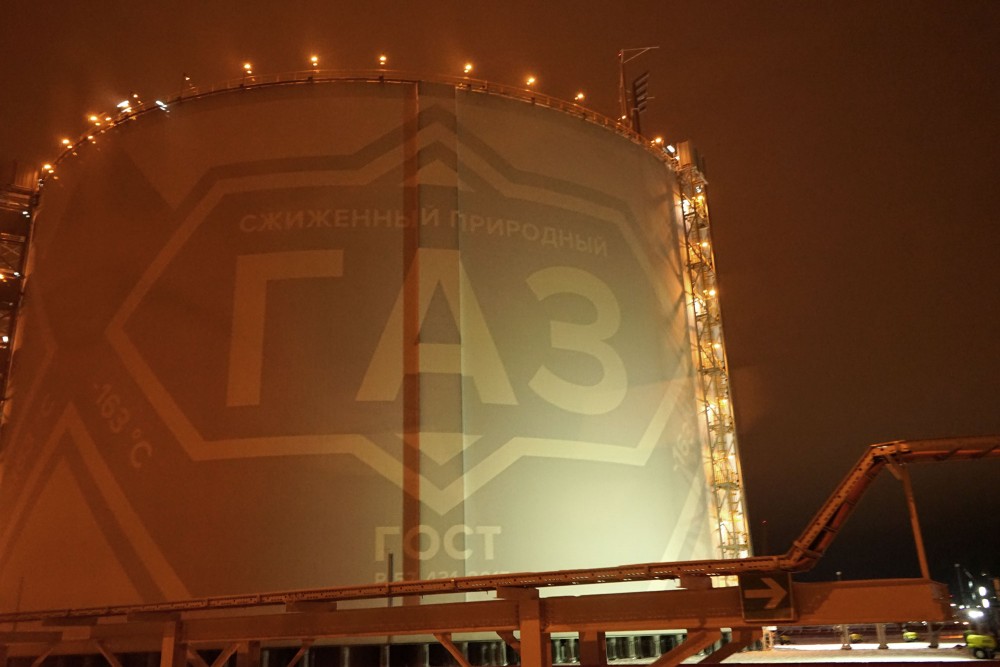 It will serve Russia’s new Arctic LNG projects and might be located next door to a nuclear submarine base.
Read in Russian | Читать по-русски
By

The Russian federal government intends to spend 70 billion rubles (€965 million) on the construction of a new major Arctic terminal for storage and reloading of LNG. The project investment plan was this week approved by Prime Minister Dmitry Medvedev. It is to stand ready for operations in year 2023.

According to the government instruction, the investment plan includes the building of two floating storage facilities, a support landing pier and necessary coastal infrastructure.

The annoncement comes only few weeks after the government approved a similar terminal project on the country’s Pacific coast, in Bechevinka on peninsula Kamchatka.

The two terminal facilities are both to serve natural gas company Novatek and its major development of new LNG projects in the Arctic. The Yamal LNG is already producing up to 16,5 million tons of LNG. A second project, the Arctic LNG 2, is under development and will ultimately deliver 19,8 million tons per year.

The government document does not specifically say where in the Kola Peninsula the new terminal is to be built. However, Novatek has earlier made clear that it wants it to be located in Ura Guba, the fjord that houses one of the Northern Fleet’s most important naval bases.

Ura Guba is located about 50 km to the northwest of Murmansk. It has a deep and year-round ice-free fjord, and is considered among the most favourable spots for shipping and logistics on the Kola Peninsula. The local Navy base today houses several nuclear-powered submarines, including Sierra-II and Victor-III vessels.

The new terminals will enable Novatek to cut costs for the transportation of the liquified natural gas. The top class ice-protected Arc7 tankers that today shuttle to and from the seaport of Sabetta in Yamal are far more expensive to operate than conventional tankers. The ice-class tankers will shuttle to the new terminals and conventional tankers will pick up the natural gas and deliver it to customers in Europe and elsewhere.

Since late 2018, Novatek has engaged in ship-to-ship reloading of LNG in the Norwegian Sarnes Fjord. These operations will later this year be moved to Russian waters, Novatek leader Leonid Mikhelson has confirmed. Ship-to-ship reloading are due to continue until the permanent terminals are ready.