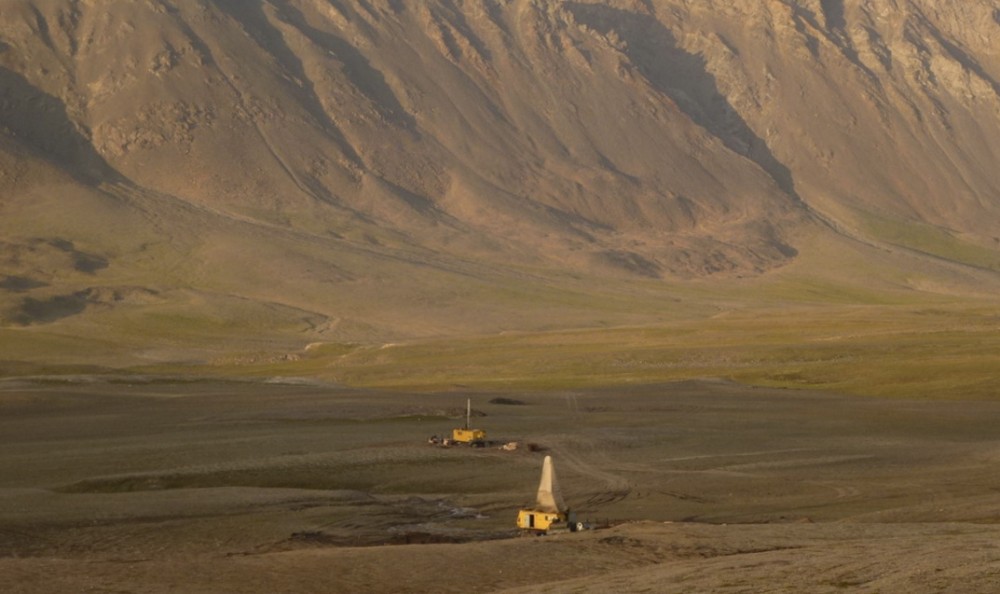 Mining technology company Outotec will take part in the development of the Pavlovsky zinc and lead mine in Novaya Zemlya.
Read in Russian | Читать по-русски
By

It is the high Arctic and conditions are extreme. Not only is climate harsh. This is also an area that is strongly militarized.

Despite the significant national security component in the project, the Finnish mining technology company Outotec has been chosen as key partner in the development of the Pavlovsky project, one of the world’s biggest deposits of zinc and lead resources.

Company President and CEO Markku Teräsvasara on Friday signed the partnership deal with Igor Semonov, Director of the First Ore-Mining Company. The deal was inked during the St. Petersburg Economic Forum.

The Pavlovsky holds an estimated 2,48 million tons of zinc and 549,000 tons of lead. It is developed by First Ore-Mining Company, a mining subsidiary of state nuclear power company Rosatom.

The agreement includes joint efforts in search of perspective design and development solutions, as well as delivery of equipment, installation and launch of the processing plant, Rosatom informs.

«An objective for both parts will be to find the best and most reliable economical and environmental concept for the processing plant,» Markku Teräsvasara says in a comment.

The plant will have a production capacity of up to 3,5 million tons of concentrates per year.

The Pavlovsky was discovered in 2001 and the mine was originally to come into production in year 2019.

The deposit includes a 12 square km area located about 16 km from the coast. A projected seaport will allow vessels with a deadweight of up 8000 ton to dock.

Engineers in summer of 2018 worked in the nearby Bezimyannaya Bay to prepare the ground for the major infrastructure object.

The new seaport is reported to cost up to 6 billion rubles (€81.5 million). Construction of the mine due to start in year 2020 and production launch in 2023.

Rosatom considers to build a small-scale nuclear reactor for the project.