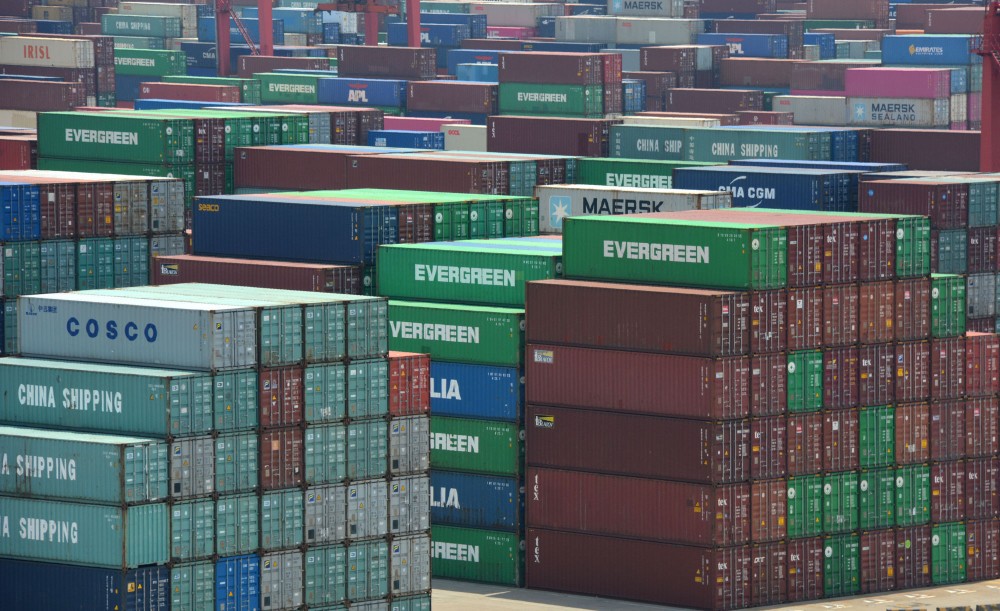 Containers in the Port of Shanghai. Photo: Atle Staalesen

The developers of the Northern Sea Route team up with DP World, the global port operator based in the Arab gulf state. Container shipping is among the priorities.
Read in Russian | Читать по-русски
By

Two of Russia’s leading developers of Arctic logistics on Thursday teamed up with the DP World in a joint effort to increase shipping on the Northern Sea Route.

The state nuclear power company is one of the stakeholders in the deal that was signed during the ongoing St. Petersburg Economic Forum. Also Nornickel, the mining and metallurgy company, is part of the agreement. In addition comes Russia’s Direct Investment Fund (RDIF), the sovereign wealth fund.

Among the priorities in the deal is identify ways to increase transit shipments on the route, including with containers.

The deal comes as port developers in Murmansk announce that they are in the process of planning a major container port in Arctic region. The port will be able to handle up to five million containers per year and is to stand ready for operations in 2024. Three locations are being studied, the Ural Bay, the Kildin Strait and Teriberka, and investments will amount to 60 billion rubles, newspaper Rossiiskaya Gazeta reports.

A joint working group between is to be established and the partners could ultimately form a joint venture.

DP World has a portfolio of more than 70 operating marine and inland terminals in 40 countries across six continents. The company business also includes industrial parks, logistics and economic zones, maritime services and marinas.