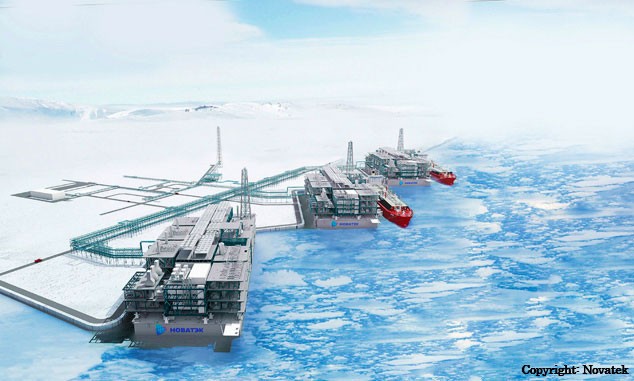 The Arctic LNG 2 will be developed together with French, Chinese and Japanese partners.

It also provides for the long-term LNG annual offtake of approximately two million tons of LNG, Novatek informs. «The entry of Japanese partners into Arctic LNG 2 will contribute to the project’s successful implementation,» company CEO Leonid Mikhelson says in a comment.

The agreement was signed in the presence of Japanese Prime Minister Shinzo Abe and Russian President Vladimir Putin during last week’s G20 meeting.

The Japanese share will be acquired through the Japan Arctic LNG B.V., a Dutch Company in which Mitsui and JOGMEC have made joint investments. The equity ratio of JOGMEC and Mitsui will be set at 75% and 25% respectively, the companies inform.

With the deal, the ownership stake of Novatek shrinks to 60 percent. From before, companies Total, CNPC and CNOOC have each acquired 10 percent shares of the project.

The Arctic LNG 2 will produce a projected 19,8 million tons of LNG per year. It will be based on the resources of the Utrenneye natural gas field in peninsula Gydan. The project, which will be unfolding on the eastern shores of the Ob Gulf, includes three development trains of 6,6 million tons of LNG each. The natural gas will be shipped out through ice-covered waters with a new fleet of ice-class carriers to buyers in Europe and Asia.

Production is due to start in 2023 and a major share of the liquified natural gas is to be shipped along the Northern Sea Route to the Asian market.