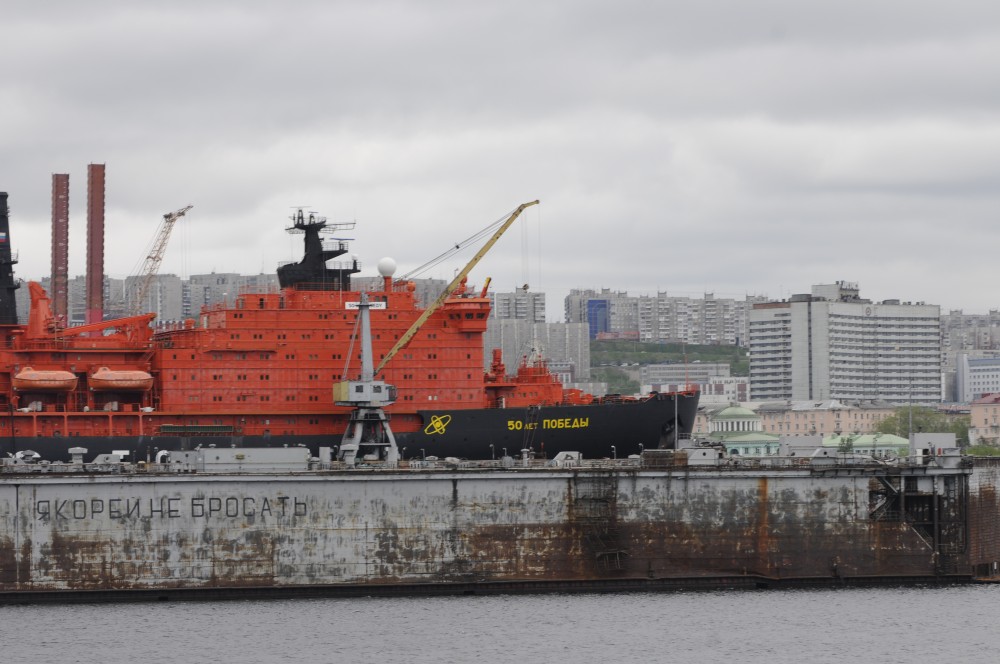 Today’s floating docks in Murmansk are too small for the new fleet of LK-60 icebreakers.
Read in Russian | Читать по-русски
By

Atomflot, the service base for Russia’s civilian nuclear-powered icebreakers in Murmansk is about to contract the Kerch based «Zaliv» shipyard on Crimea to build a giant floating dock, Kommersant reports.

The dock is highly needed as the icebreaker fleet will be expanded with five new larger LK-60a icebreakers with the first to be delivered next summer.

Today, Atomflot has one floating dock at the base, but that one is too small for today’s Arktika-class icebreakers so docking of the ships take place in a rented dock in the central harbor of Murmansk.

The new floating dock has a price-tag of about 8,5 billion rubles (€119 million).

In October last year sank the largest floating dock on the Kola Peninsula, the 80,000 tons dock at shipyard No. 82 in Roslyakovo in the Kola bay. This dock, originally bought from Sweden in the 1980s, will not be raised.