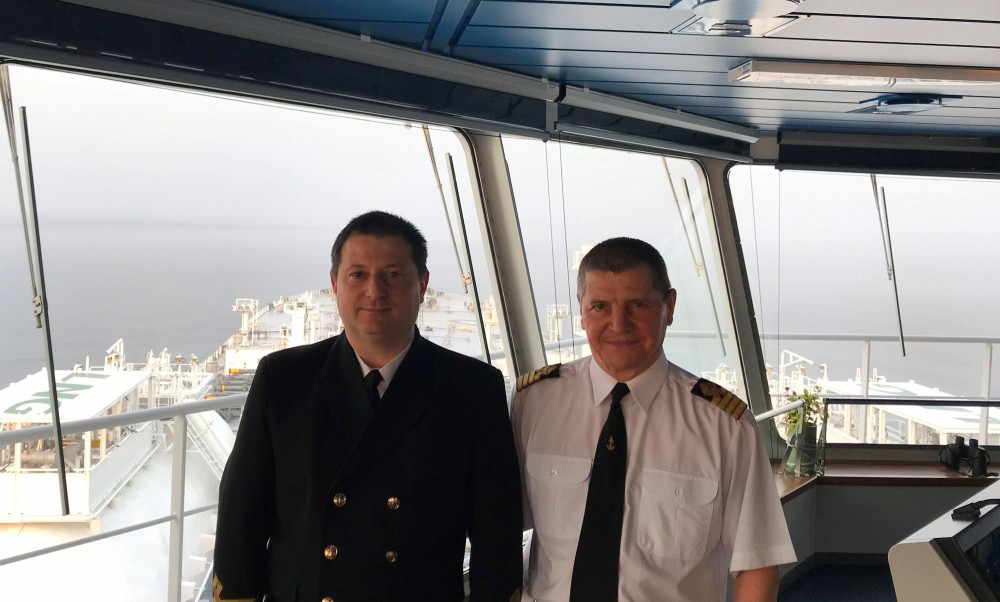 It is the first shipment of the kind, shipowner Sovcomflot says.
Read in Russian | Читать по-русски
By

The 250 meter long «Korolev Prospect» on the 28th August set out from Murmansk fully loaded with oil. The course was east-bound and seven days later it reached the Cape Dezhnev in the Bering Strait.

The tanker is expected to arrive in a Chinese port by 14th September.

It is the first time that a LNG-powered tanker makes it transit across the Northern Sea Route, Sovcomflot informs.

«Favourable ice conditions and weather along the whole route allowed the vessel to proceed without icebreaker escort,» says ship captain Oleg Shishkin. There were not encounters with icebergs, he makes clear.

The tanker chose a route north of the New Siberian Islands and the Island of Wrangle. «We assume that this new route will be in much demand for commercial tanker traffic in the eastern direction,» Shishkin underlines.

Sovcomflot has a fleet of six tankers powered by LNG and another five are under construction. The «Korolev Prospect» was included in the fleet in February this year. Use of LNG is believed to reduce CO2 emissions by 30 percent compared with conventional tankers.

The ship has ice class 1A/1B which means that it will have to rely on icebreaker assistance in difficult ice conditions.