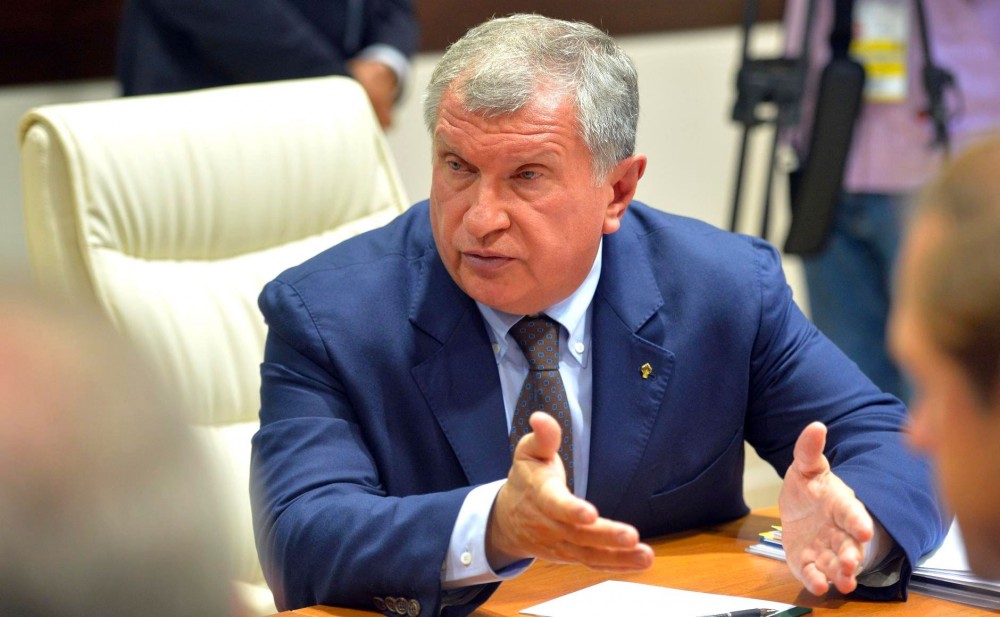 Rosneft leader Igor Sechin says he needs €36 billion in tax cuts for his projected oil pipeline to the Arctic Ocean. But Russia’s minister of finance says «njet».
Read in Russian | Читать по-русски
By

Sechin intends to build a 600 km long pipeline that will stretch from the Vankor fields in North Siberia, across the great River Ob and all the way to Dikson on the coast of the Kara Sea.

It would be capable of carrying about 25 million tons of oil per year and give a boost to shipments on the Northern Sea Route.

But development cost are sky high and Sechin is pushing for help from government. According to newspaper Kommersant, Rosneft has requested tax cuts worth as much as 2.6 trillion rubles (€36 billion).

That is more than what Finance Minister Anton Siluanov is willing to offer and a moratorium on additional tax breaks for new oil projects was in July this year introduced by the ministry.

The rejection has been met by an outcry from Igor Sechin, who in a letter to President Putin reportedly accuses the ministry of «inconsistency and subjectiveness.»

After all, both Novatek and Gazprom get tax cuts for their projects, Sechin argues.

It is not fair, the powerful company leader maintains.

Sechin, a close associate of Vladimir Putin for 30 years, has repeatedly approached the Kremlin over the giant Arctic project.

In April, the two men met in the President’s office, and the oil company leader then underlined that his project will help boost annual shipments on the Northern Sea Route to more 80 million tons by year 2024.

The development of the Northern Sea Route stands high on Putin’s agenda and Sechin made clear that he has what is needed.

«We are now looking at the possibility to create an Arctic cluster that will fully meet the objective to reach an annual 80 million tons of goods on the Northern Sea Route by year 2024,» Sechin underlined.

In that same meeting, Sechin said that the tax cuts must apply «for the whole project period, up to 30 years and even 50 years.»

«There must be economy in it,» the company leader underlined.

However, according to Kommersant, also Putin is reluctant to support Rosneft’s major tax request.

The President in July approved the Finance Ministry’s moratorium, at least until the end of this year, the newspaper reports.

The Arctic pipeline project is developed by Rosneft in cooperation with Neftegazholding and its leader Eduard Khudaynatov.

A joint venture called Vostok Oil has been established by the two companies and the plan is to open an Arctic route for shipments of oil from the Vankor and Payakha areas.

The new pipeline would be about 600 km long and stretch across the north Siberian tundra, across the great River Ob and all the way to Dikson on the coast of the Kara Sea.

According to Sechin, the projected cluster will be ready by 2024 and six years later, in 2030, up to 100 million tons of oil will have been pipelined out of the area.