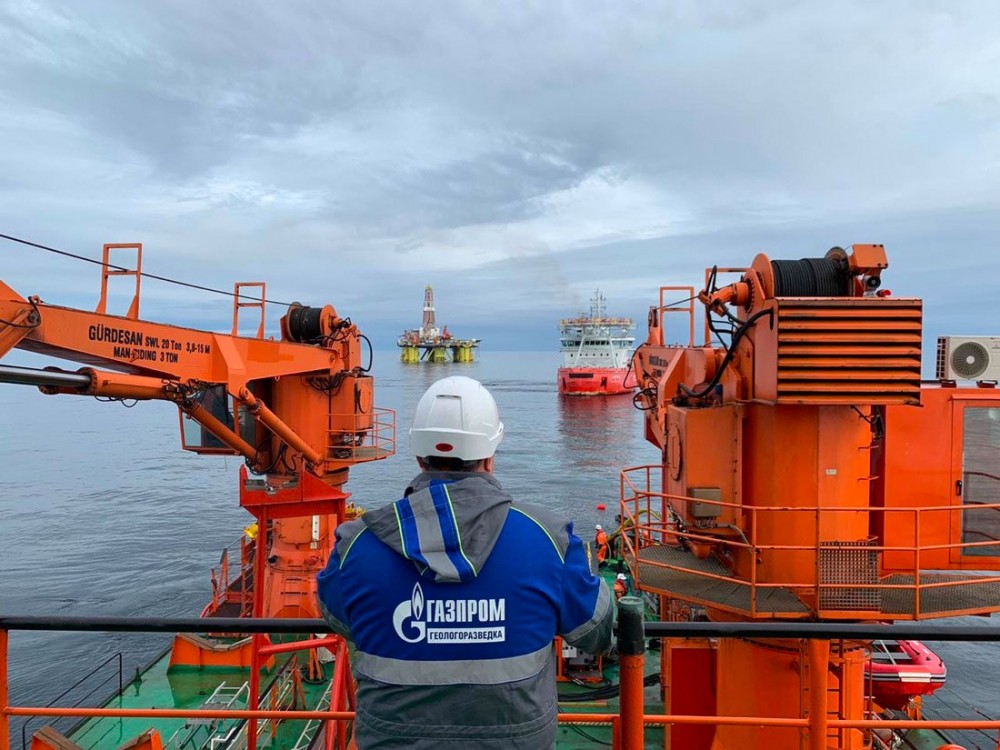 Three drilling rigs have this year spud wells in the Kara Sea and the Gulf of Ob.
Read in Russian | Читать по-русски
By

Ice is again covering Russian Arctic waters and in few weeks the vast region will be inaccessible for everyone without a powerful icebreaker. The three oil rigs that operated in the area through most of summer and fall are now either out of the region or have closed down for winter.

The Chinese «Nan Hai Ba Hao» in mid-October completed its drilling at the Leningradskoye field in the Kara Sea and on 24th October arrived in Murmansk. It is now being transported out of the region by heavy lift ship «Red Zed 1», data from ship traffic service MarineTraffic show.

It is the third year in a row that the Chinese oil rig has drilled in Russian Arctic waters. In 2017, it drilled at the Leningradskoye field and in 2018 at the Rusanovskoye field. The operations resulted in discoveries that amount to more than more than 1,2 trillion cubic meters of natural gas.

The «Nan Hai Ba Hao» is also referred to as the «Nanhai 8» and is owned and operated by the China Oilfield Service Limited.

Along with the Chinese, Russian oilmen have drilled with the rig «Arcticheskaya» at the nearby  Skuratovskoye field.

The «Arcticheskaya» is now back in its home port of Murmansk and rig owner Gazprom Flot in its corporate newspaper confirms that the drilling was successfully completed.

Several Norwegian support ships, among them the «Sea Spear», the «Sea Surfer» and «Siem Emerald», accompanied the «Nan Hai Ba Hao» and the «Arcticheskaya» all through summer.

Both the Leningradskoye and Skuratovskoye fields are owned by state natural gas company Gazprom.

Drilling has this summer also taken place in the Gulf of Ob where rig «Amazon» has operated at the Geofysicheskoye field. The rig that is owned by Gazprom Flot has been in the remote and shallow bay for the past years and in 2018 drilled wells at the Severo-Obskoye field for natural gas company Novatek. Also this year’s drilling was conducted for Novatek.

The Geofysicheskoye is located partly on land in the Gydan Peninsula, partly offshore in the Gulf of Ob. It is located about 160 km south of Sabetta, the new terminal in Yamal.

Novatek in 2011 obtained the license to the Geofysicheskoye along with three more local licenses, the Utrenneye, Severo-Obskoye and the Vostochno-Tambeyskoye. These licenses now serve as key to Novatek’s rapid expansion in the Arctic and will be resource base for the projects Arctic LNG 1 and Arctic LNG 3.

Novatek has earlier estimated the combined resource potential of the Geofysicheskoye and Utrenneye field to 978 billion cubic meters of natural gas. The fields are believed to hold also major volumes of gas condensate and oil.