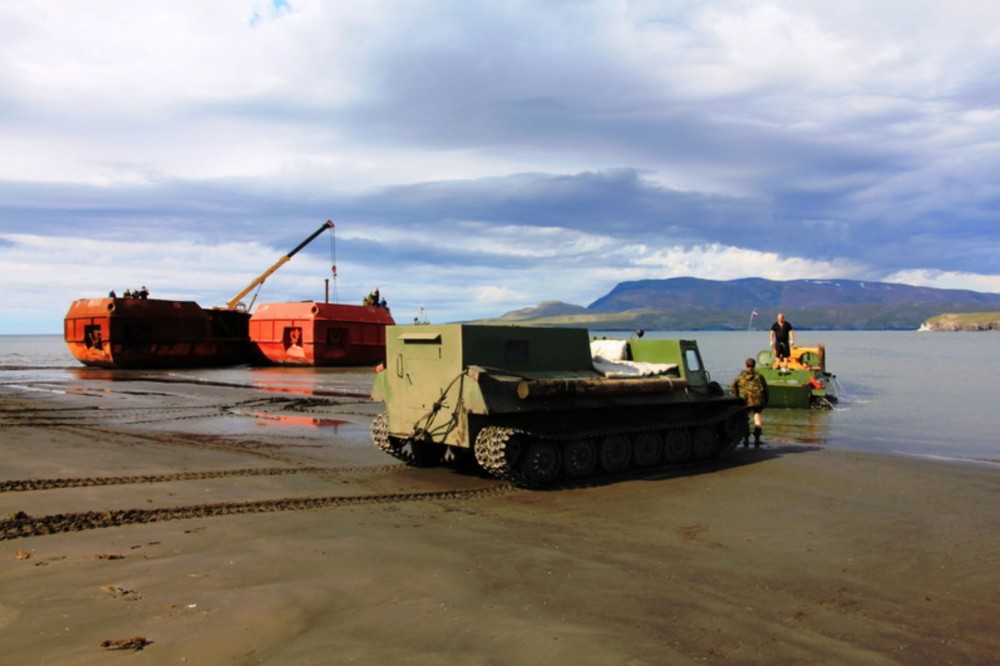 Port development on the way for one of the world's northernmost mine. Photo: armz.ru

State consulting company Glavgosexpertiza has given thumbs up for the seaport that is to serve the Pavlovskoye zinc and lead mine in Novaya Zemlya.

It is the First Ore Mining Company, a subsidiary of state nuclear power company Rosatom, that is behind the project. It will be one of the northernmost mines in the world.

According to Glavgosexpertiza, the approval is based on repeated submission of engineering studies from site.

Engineers in summer 2018 conducted preparatory works on site. A drilling rig collected sea bottom samples and there were also made assessments of the projected land-based parts of the terminal.

The new seaport is to be built in the Bezimyannaya Bay on the western coast of the Arctic archipelago. It will have capacity to handle up to 500,000 tons of goods per year.

Construction costs are estimated to up to 6 billion rubles (€81.5 million). The terminal will have key importance for the development of the nearby mine. Construction is due to start in year 2020 and production launch in 2023.