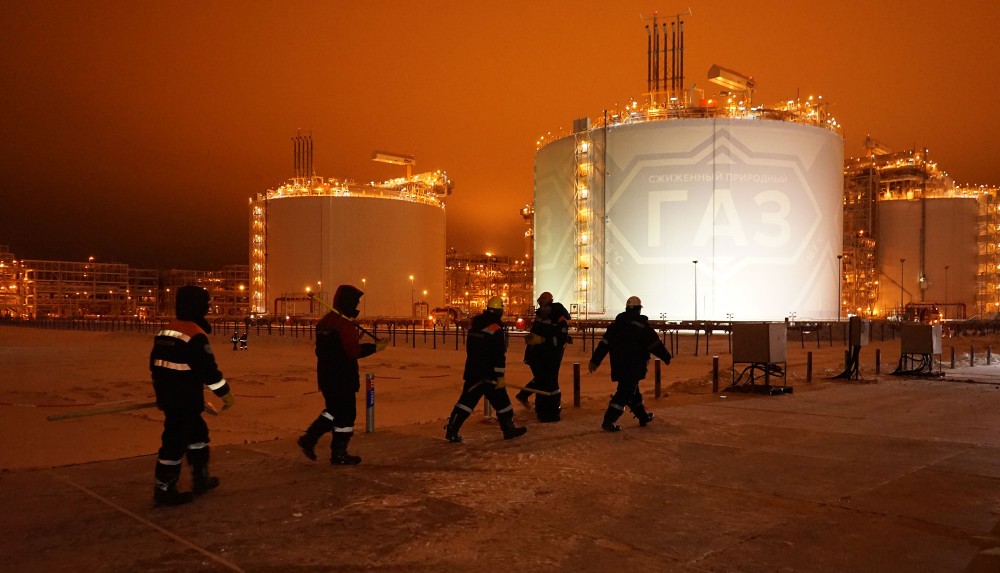 Natural gas company Novatek might not get the state support it needs for new major infrastructure projects in the Arctic.
Read in Russian | Читать по-русски
By

The Russian Finance Ministry has not included any of Novatek’s much-desired projects in its 2020 budget bill.

The natural gas company has been pushing hard for the allocation of about 124 billion rubles (€1.75 billion) for the building of the Utrenneye LNG terminal in Gydan, as well as reloading terminals in Murmansk and Kamchatka.

But the company now appears to be snubbed by government. None of Novatek’s projects are granted funding by the 2020 state budget, newspaper Kommersant reports.

The developments have made Novatek leader Leonid Mikhelson step up his lobbying in the Kremlin. In November, he again contacted President Vladimir Putin and warned that the lack of state funding could ultimately lead to delays in the Arctic LNG 2, the country’s biggest ever LNG project, Kommersant informs.

The Arctic LNG 2 is built in the Arctic peninsula of Gydan and will produce as much as 19,8 million tons of LNG per year. It is considered a crucially important project for President Putin, who aims for a boost in annual shipments on the Northern Sea Route to 80 million tons of goods by year 2025.

The Arctic LNG 2 is projected to start production in 2024.

Novatek also argues that the state must support the building of LNG reloading terminals in Murmansk and Kamchatka, with respectively 0.9 billion rubles and 20 billion rubles. The terminals will be key infrastructure objects for export of the liquified natural gas, the company argues. On board in the plans are foreign partners Total, CNPC, CNOOC and Mitsui.

Novatek appears to have the support from Putin, as well as nuclear power company and Northern Sea Route developer Rosatom.

But the Finance Ministry is reluctant.

The decision not to include the LNG projects in the state budget comes as the price on LNG drops to the lowest level in several years.

Liquified natural gas was sold on markets in Asia in October this year at a price that is more than 40 percent lower than in the same period in 2018.

Figures from the Japanese Ministry of Energy, Trade and Industry shows that the price of spot-LNG was $5.5/MMBtu in October, reportedly the lowest for that month in more than a decade.

And there might be bleak forecasts for the LNG market price  as several more projects are coming into production in the USA, Australia and Russia, consequently flooding the market with additional gas.

That could ultimately create major challenges for Novatek, the company that by year 2030 intends to produce up to 70 million tons of liquified natural gas only in the area of the Yamal and Gydan peninsulas.