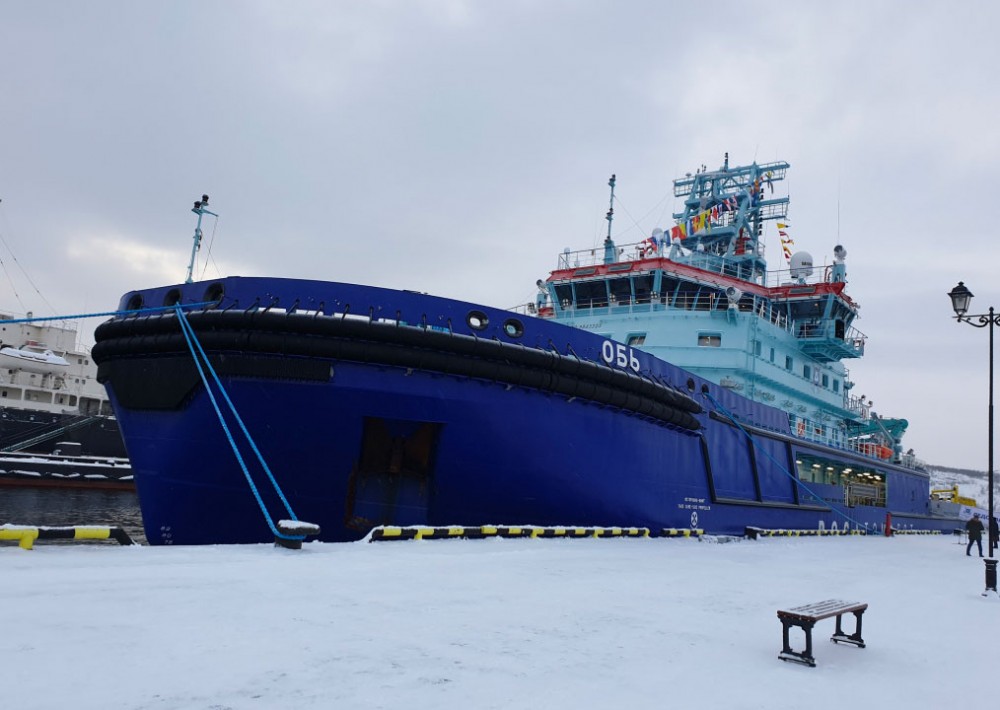 The diesel-engined vessel «Ob» is part of the state nuclear power company’s new conventional fleet of icebreakers.
Read in Russian | Читать по-русски
By

The «Ob» this week sets out from Murmansk on its maiden voyage through Arctic waters. The 89 meter long 12 MW powerful ship will have course for Sabetta, the seaport in Yamal, where it is open icy waters for shuttling LNG carriers.

Rosatom has gotten exclusive responsibilities for the development of the Northern Sea Route and is in full swing with developing new icebreaking vessels, both nuclear-powered and conventional-engined.

The «Ob» is the company’s first diesel-powered vessel. From before, Rosatom has built four tugboats that also serve in Sabetta and the surrounding Gulf of Ob. The ships are managed by Portoflot, a subsidiary unit of Rosatom.

«We are reaching the stage where we start using the fleet of port vessels that will serve project Yamal LNG for the next 25 years,» says Vyacheslav Ruksha, Director of Rosatom’s Northern Sea Route Directorate.

«I am confident that the Gulf of Ob will become a center for production of LNG,» he underlines in a press release.

The «Ob» is designed by Aker Arctic and has capacity to break through 1,5 meter thick ice at two knots speed. It is built at the Vyborg Yard outside St.Petersburg.

Rosatom in 2014 signed a deal with natural gas company Novatek on port services and ship escorts in and around Sabetta. The agreement covers the period until year 2041.

Rosatom is in the process of developing a series of more icebreakers, among them are four LNG-powered ships.