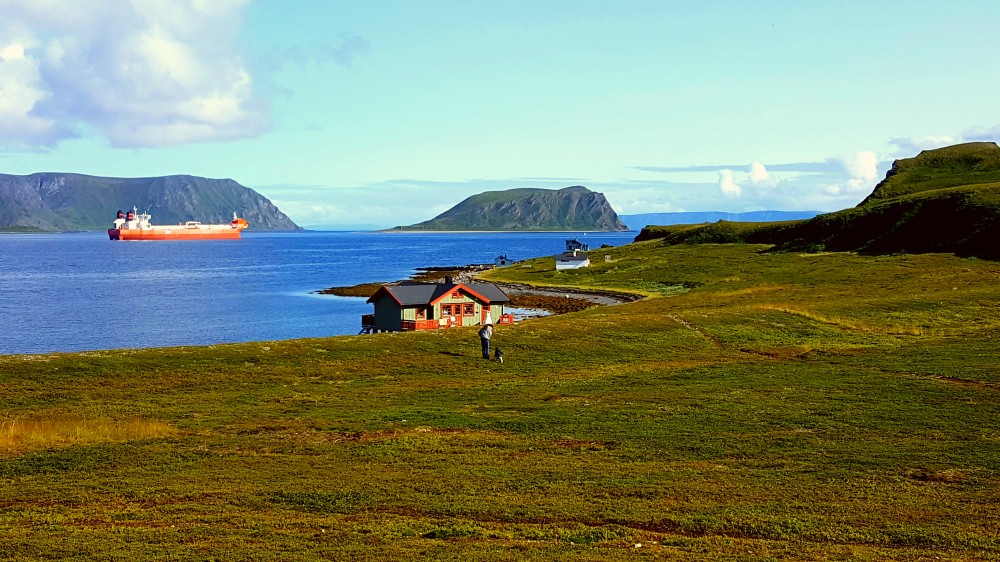 This Arctic beauty spot will remain exactly that; a beauty spot.
Read in Russian | Читать по-русски
By

The costs of constructing an oil terminal at Veidnes in Finnmark will be too high, a study by Equinor and partner companies Vår Energi and Petoro concludes.

Last year, the idea of a full-scale oil terminal was shelved, and the new study for ship-to-ship transfer by a quay now goes the same way, to the shelf, Equinor informs in a press-release on Friday.

The decision means that oil export from the Johan Castberg field in the western Barents Sea will go directly to the market from the offshore production site off te coast of Hammerfest in northernmost Norway.

The Veidnes reloading terminal was planned near Honningsvåg, the nearest town the tourist destination North Cape.

“In a demanding period for the industry we have managed to develop Johan Castberg into a profitable project. We have however not been able to develop a profitable export solution for the Johan Castberg oil involving a terminal at Veidnes. The partners are therefore discontinuing their studies of ship-to-ship oil transfer for Johan Castberg in Finnmark,” says Anders Opedal, executive vice president for Technology, Projects and Drilling in Equinor.

The study says the partners at both Johan Castberg field and the nearby Goliat field would have lost approximately 3.6 billion Norwegian kroner (€357 million) in financial loss before tax if the oil where to be reloaded, compared with export directly to the market.

Production at Johan Castberg is supposed to start by 2022 and the field will then be the world’s northernmost offshore oil resource in production. With today’s known resources, the field is estimated to run for 30 years.

Although not moving on with the oil transfer terminal, Equinor underlines that the Johan Castberg development will have ripple effects for local communities and businesses.

The oil company estimates that 700 man-years employment will come to the northernmost region during the development phase. When in production, the employment effects will be at around 470 man years, of which 265 will be in the region.

A FPSO vessel will pump the oil from 30 wells, thought 10 subsea templates and two satellite structures. Development costs are estimated at around 49 billion kroner (€441 million).