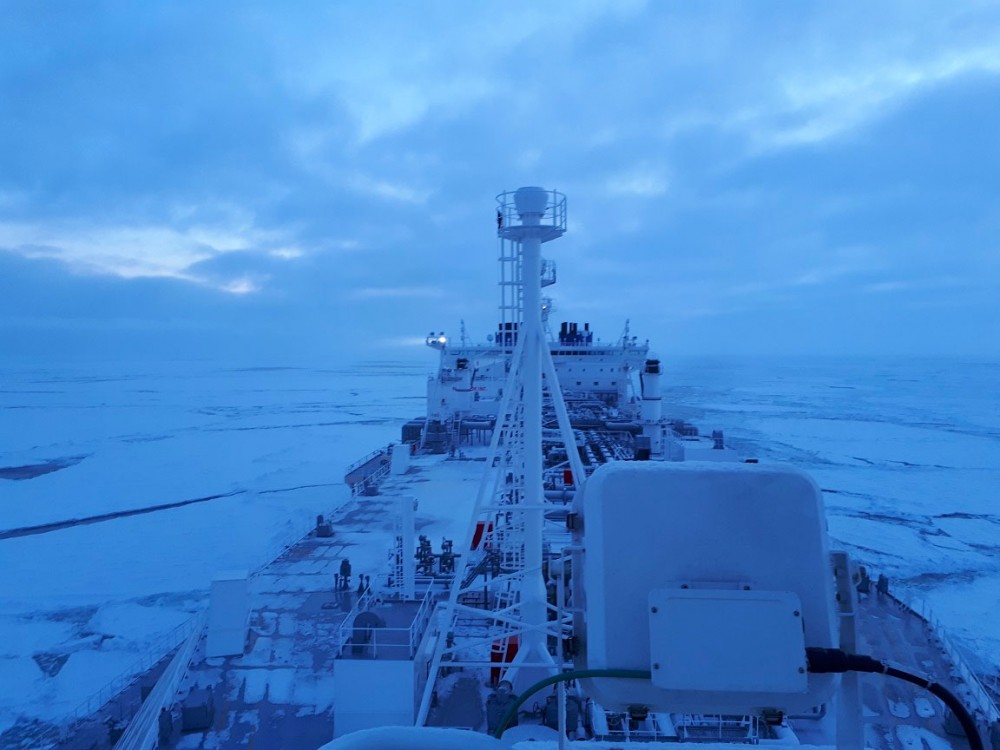 A total of 15 top ice-class carriers are now shuttling to the remote Arctic terminal in the Yamal Peninsula.
Read in Russian | Читать по-русски
By

The «Yakov Gakkel» in late November sailed into the Kara Sea with course for the Sabetta LNG terminal in Yamal. About two weeks earlier the ship had left the Daewoo Shipbuilding and Marine Engineering (DSME) yard in South Korea.

On 2nd December the ship was drifting in the waters of the Ob Bay, awaiting its first entry to Sabetta, information from the Northern Sea Route Administration shows.

With the entry into service of the «Yakov Gakkel», the building of the Yamal LNG tanker fleet comes to completion. A total of 15 carriers are now shuttling to the remote Arctic terminal.

Like its 14 sister ships, the 299 meter long, 97,000 tons deadweight vessel can carry up to 172,600 cubic meters of liquified natural gas. It has ice class Arc7 which means that it can autonomously break through about two meter thick ice.

The ships are designed by Aker Arctic, the Finnish company. The «Yakok Gakkel» is owned and operated by Teekay.

The sailing of the carrier to Sabetta comes as Novatek reaches a new high in its Yamal production. According to the company, the remote Yamal natural gas plant in the course of the first 11 months of the year produced a total of 16,5 million tons.

The four trains of Novatek’s Yamal LNG plant are running at full steam and production is ahead of schedule.

Since Novatek opened the plant in December 2017, a total of 25 million tons of LNG has been produced. More than 340 shiploads have been sent to markets abroad, news agency PortNews reports with reference to company information.

The four production trains, the first three with an annual capacity of 5,5 million tons respectively. In addition comes a fourth train with 900,000 tons capacity.