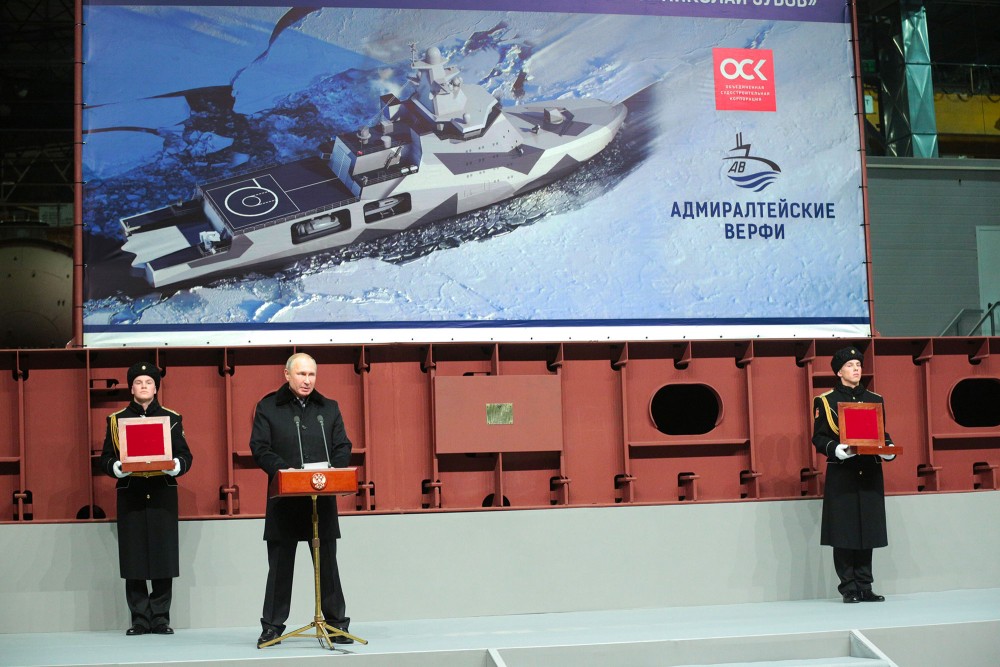 Vladimir Putin in November 2019 officially launched construction of a second Coast Guard icebreaker Project 23550. A third is due to come soon. Photo: Admship.ru

A third ship for northern waters might be built by the Vyborg Yard outside St.Petersburg.
By

The Russian Border Guard Service, a department under the FSB, is strengthening its presence in the ice-covered waters of the Arctic. Construction of a first icebreaking patrol vessel of Project 23550 was launched in April 2017 and a second in November 2019.

Both ships are built by the Admiralty Yard in St.Petersburg and due to be ready for service in late 2023 and 2024 respectively. Construction of the second of the ships, the “Nikolay Zubov”, was launched during the visit of President Vladimir Putin to the yard last fall.

A third ship of the kind is now under planning. However, this ship is likely to be built by the nearby Vyborg Yard. A construction contract will be signed in March and have a cost frame of 18 billion rubles (€255 million), newspaper Kommersant reports.

The ship will have ice-class Arc5 and be able to break through up to 1,7 meter thick ice.

The Vyborg Yard specializes in civilian ships and has reportedly never before built a naval vessel. The yard has more than 70 years of experience from building of icebreakers and various ice-class ship, as well as trawlers and oil drilling rigs.

The Russian Coast Guard will be able to use the new 114 meter long ships for marine resource and border protection, as well as ship escort and tugging. The ships will be capable of carrying the Kalibr and Uran cruise missile systems.