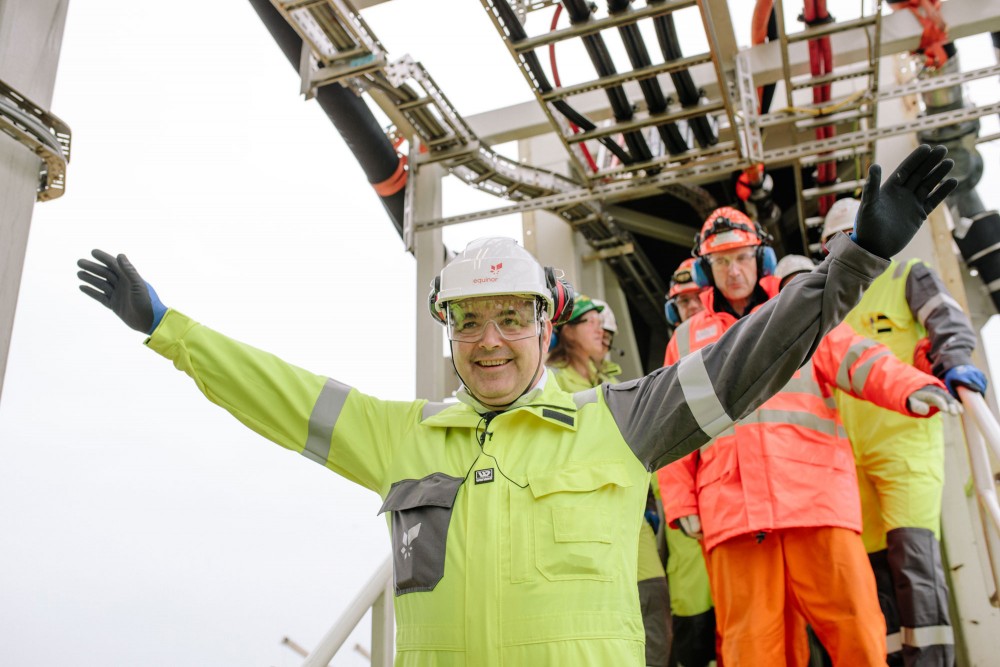 Two days after the country officially launched its third biggest oil field ever, the national petroleum directorate presents a bright outlook for Norwegian oil and gas.
Read in Russian | Читать по-русски
By

Leader of the Norwegian Petroleum Directorate Ingrid Sølvberg had reason to smile as she on Thursday presented the Shelf 2019, a report on last year’s results in the Norwegian petroleum industry.

There is big industrial activity on the shelf, a record-high number of fields are in production and significant new resources are ready to be pumped up from the underground.

«We have a good foundation for continued high value creation from the oil and gas industry for a long time to come,» she underlined in her presentation made in downtown Stavanger, the city that hosts the key part of the Norwegian petroleum industry.

According to Sølvberg, there is positive dynamics in the Norwegian oil sector. In 2019, as many as 57 exploration wells were drilled, many of them in previously unexplored areas, and a record-beating 83 new production licenses were issued. A total of 17 new discoveries were made and there are great opportunities for much more all across the shelf, she underlined and argued that «many areas must now be more explored.»

Norway now has a total of 87 fields in production, the highest number ever, and output is bouncing back after several years of downturn. A new Norwegian peak oil is now expected in 2024 with a production of more than 117,5 million barrels, a 40 percent increase from 2019. Natural gas production is due to be in the stable on the same high level as today.

Judging from the presentation and press release issued by the directorate, Ingrid Sølvberg did not mention the word «climate» in her speech. But the directorate argues that CO2 emissions from the industry is in decline. That decline, however, is only slight.

The table presented in Sølvberg’s speech shows that emission are expected to be significantly above 12 million tons of CO2 equivalents in 2024.

The presentation of the Norwegian shelf report comes just two days after Equinor with bravura officially opened its Johan Sverdrup field in the North Sea. The third biggest field ever on the Norwegian shelf will ultimately produce up to 660,000 barrels per day and be a key driver in Norwegian industry. The North Sea field is likely to take Norway’s petroleum production towards a historical high in 2024.

Operator Equinor underlines that the Johan Sverdrup field will have 90 percent lower than the world average emissions and argues that it is taking climate change dead serious. Ahead of this week’s field launch, the company presented an ambitious plan to slash its CO2 emissions. By 2030, the emissions are to be cut by 40 percent, and then by 70 percent in 2040 and down to zero in 2050. Key parts of the cuts will be made by means of electrification of plants and platforms.

More drilling for sure

The climate ambitions notwithstanding, Equinor has no plans whatsoever to reduce its engagement on the shelf. More exploration is in the pipeline and a string of new fields will come into production over the next years. That includes in the Arctic, where one of the company’s biggest upcoming projects is located. The the Johan Castberg field in the Barents Sea is due to come into production in 2022.

Equinor is also ready to move into pristine acreage in the northern part of the Barents Sea.

That could come soon enough. According to Petroleum Directorate leader Ingrid Sølvberg, extensive seismic mapping was conducted in the area in summer 2019. A map presented in her presentation this week gives the impression that the area, that is located along the maritime border to Russia, holds a significant resource potential.